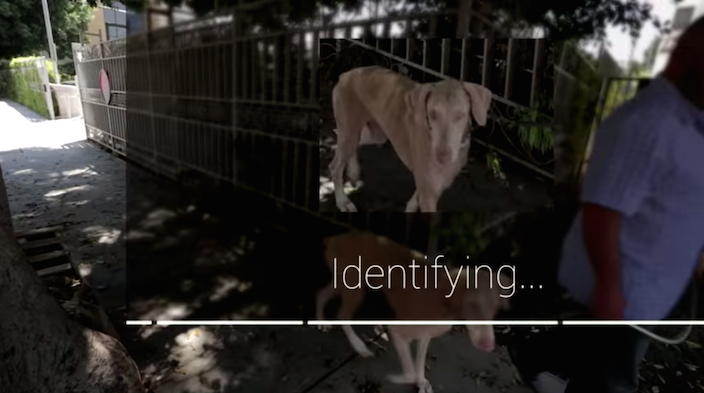 CamFind’s technology is exciting because it’s a big step toward truly accurate and reliable visual search, and while their Android app has been on the Play Store (and the App Store) for quite some time now, it’s been a long time coming for the app’s launch on Google Glass.

First shown off to the world in September of last year, CamFind—and its ability to recognize most objects in your daily life and give you more information about them hands-free—is finally making its way to the Glassware Directory today.

CamFind is another huge application and use case for Google Glass. With this app (as you can see in the video below), you can conduct searches about most objects in your every day life, and find information completely hands-free. It’s a bit like Google Goggles, but as many reviewers have said about the app on the Play Store, it’s better than Google’s visual search offering by leaps and bounds.

As an example, users can take a picture of a book to get Wikipedia information such as date published, author, characters, and an overall summary. I don’t know how accurate it would be, but the demo shown in September also seems to claim that you could take a picture of a dog on the street to find out what breed it is. I’m willing to be proven wrong, but I’ll believe it when I see it.

Take a picture of anything and find out what it is. You’ll also receive related Google search results. CamFind provides fast, accurate image recognition with no typing necessary. Just say “Ok glass, recognize this” to learn more about whatever you’re looking at.

It’s been interesting to see that there has actually been a surge of new Glassware apps since Google announced that the Glass project would be graduating out of Google[x]. The release of these apps actually align with what Google has said about the state of Glass development. As we mentioned last week, the Mountain View company still wants developers to continue to release their apps, and until further notice, the Glassware directory will still be updated fairly often.

Just two days ago we told you about Fessenger, an app that brings Facebook Messenger (something that the platform should have had years ago) to Google Glass.

You can activate the app right now on the Glassware directory website.