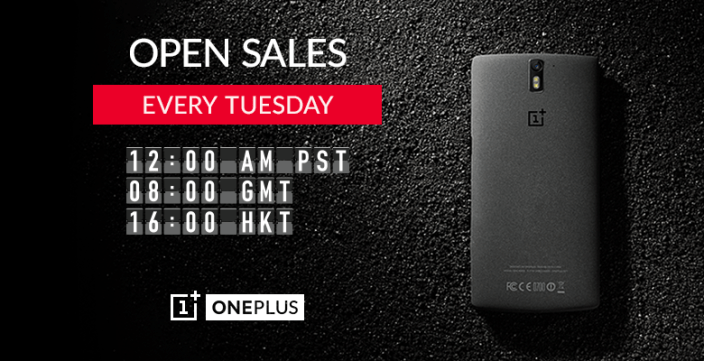 OnePlus has been dragging out the release of the OnePlus One for months now, and it appears today that the company is dragging it out even more—making yet another small incremental step toward it actually being available to the public. Starting with tomorrow, the company will begin publicly selling both models of the One without an invite every Tuesday.

While the number of invites that are out in the wild has increased significantly and the company has held pre-order events and other promotions to get the device in the hands of those that want it, this is OnePlus’ next step toward the One finally just going on sale.

According to the company’s blog post, the sales will be 24 hours out of the week, starting at midnight Pacific time, and both the lower end 16 GB “Silk White” version (pictured above) and the 64 GB “Sandstone Black” version will be available:

Every Tuesday, we will open up sales for 24 hours, starting at 8 am London time (midnight in Los Angeles; 4 pm in Hong Kong). The OnePlus One will be available without an invite in both 16GB Silk White and 64GB Sandstone Black.

Recently, OnePlus told the world that it would soon be bringing SwiftKey to its custom build of CyanogenMod by default, and that its own in-house custom ROM will be called OxygenOS (with more information coming February 12th).

OnePlus One update One sale available