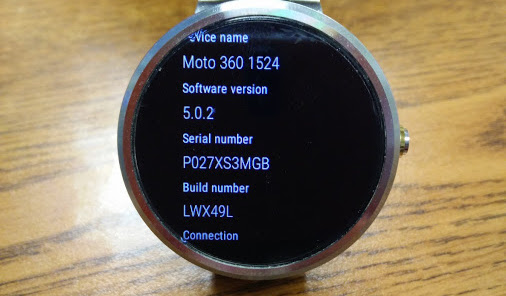 Update: It looks like 5.0.2 is now rolling out to most Android Wear devices.

Motorola has pushed out a Android Wear update for the Moto 360 smartwatch. The update sports “a variety of system optimizations and security updates to improve performance and stability” and includes an updated version of Google’s Play Services software.

The update is built on Android Wear 5.0.2, making the Moto 360 one of the first devices (if not the first) to run this version of the operating system.

The update is being rolled out to users over the next few days. Users who have access to the update will be alerted to its availability and prompted to install it using your smartphone’s internet connection.