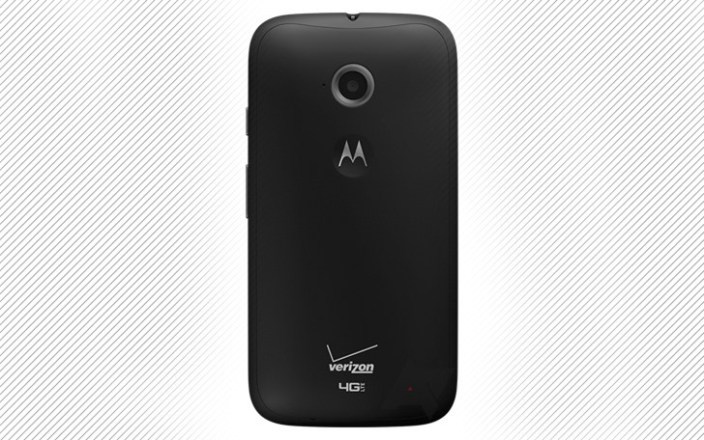 The second generation Moto E was spotted earlier this month on the Best Buy website, but now we have what looks to be a render of the device all stamped up and ready to ship on Verizon (via Android Police). And to the delight of many, it looks like the device is going to pack 4G LTE, a feature that isn’t common in phones in the price range this one will likely fall into.

According to the Best Buy listing that was online for some time earlier this month (and, actually, the specs are still up), the device is going to sport a 4.5-inch 540 x 960 resolution screen, 8 GB of expandable flash storage, 1 GB of RAM, a quad-core Qualcomm processor clocked at 1.2 GHz, the typical connectivity interfaces like b/g/n WiFi, GPS, and a 5-megapixel camera. As for software, it’s of course going to ship with Android Lollipop.

The device is expected to come in $99 on Sprint prepaid, but we don’t have a solid idea on pricing for Verizon—although you can expect a similar price tag if not exactly the same. As for the confidence this is the real deal, it matches perfectly the imagery we’ve seen leak out before. No word on when it’ll be announced, although the company is planning an “exciting announcement” for February 25th.