Samsung had seemingly done an excellent job at keeping its upcoming Galaxy S6 flagship under wraps, but now an XDA Developers user has allegedly gotten his hands on at least one variant of the device. The pictures unfortunately are not of the greatest quality as the phone is wrapped in bubble wrap, but they do give us one of the best looks at what could be the device to date.

According to the user on XDA, the device is from AT&T directly and is marked with “not for sale” on the package, implying that it’s a prototype or test model not meant for the public’s eye. The user goes on to say that the Galaxy S6 model he used seemed to have both a glass front and a glass back with metal on the sides. This isn’t the first time we’ve heard whispers of the device launching with a glass back, although more recent reports have claimed an all metal design.

Another change visible in these leaked images is a larger, more rounded home button. The chassis and camera sensor placements line up with what earlier case leaks suggested. There is, of course, a chance that these images are of a variant of the Galaxy S6, with other models planned. The most rumored Galaxy S6 variant is an Edge model with a display that curves to both the left and right sides of the phone. An Active variant has also been rumored.

Samsung is expected to unveil the Galaxy S6 on March 1st during an Unpacked event at Mobile World Congress in Barcelona. 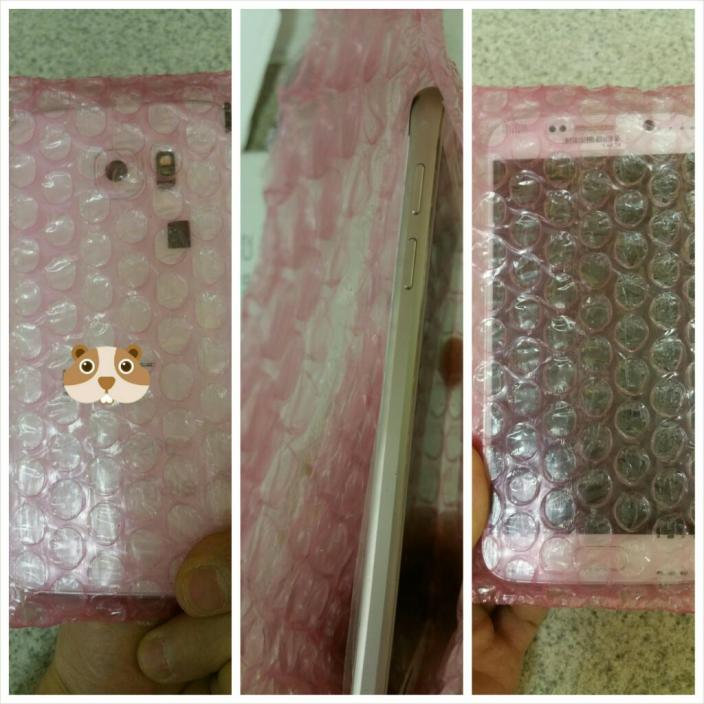