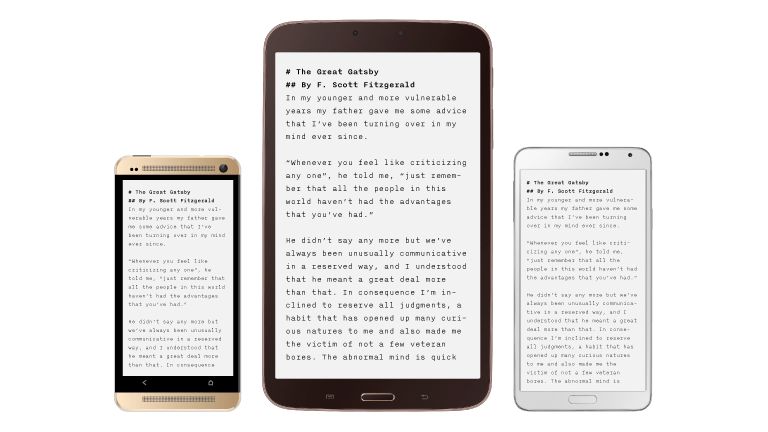 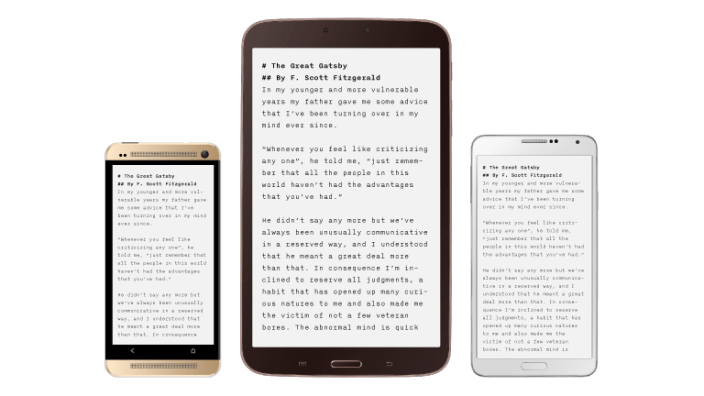 When it comes to apps that journalists and writers hold dear to their hearts, iA Writer is commonly on the list. Its simplicity, functionality, and meticulous design sets it apart from the rest, but until today, the app was only available on iOS and Mac. Now, iA Writer is coming to Android, and its maker, Information Architects (hence the “iA” in its name), says that developing for Google’s mobile platform wasn’t nearly as bad as they thought it would be.

“Android has come a long way from the unsightly UX and low quality device mess it was just three years ago,” the company said in its announcement post. “So far, the downsides of Android’s openness have been offset by the friendly, multifaceted culture around Android.”

But as of right now, the app is still in its infancy. According to the company, iA Writer for Android should be compared to the very first version that was released for iOS in 2010. It does tout many of the same features, however, including its well-known polished interface, seamless Dropbox sync, Markdown support, and the app’s signature typeface.

In the summer of 2014, we started dabbling with the Android SDK to get a feeling of what it would mean to develop an Android adaptation of iA Writer. We discovered a dev-friendly world with scant traces of the Android horror stories we had in the backs of our minds.