Android Lollipop now rolling out to T-Mobile HTC One (M7) 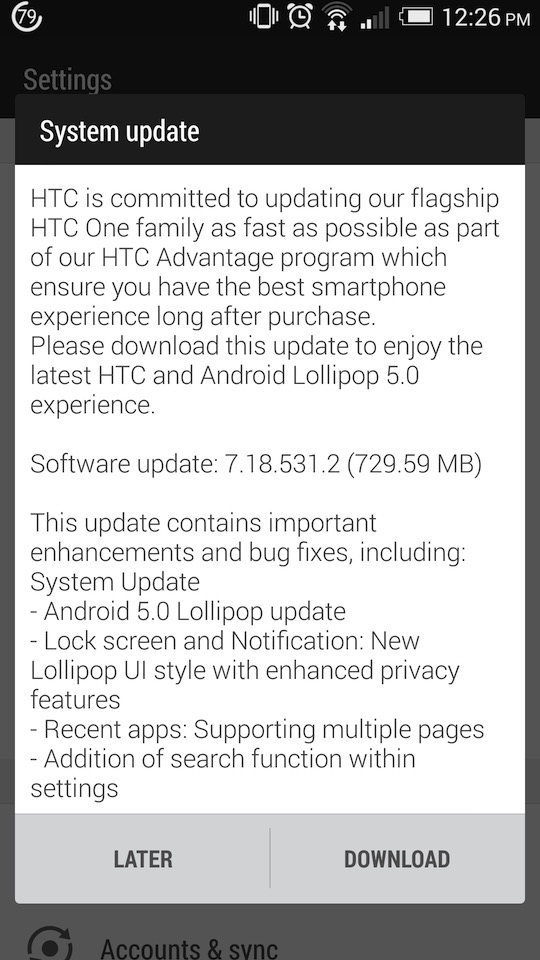 The rollout of Android Lollipop continues today, as various reports on Twitter and elsewhere have confirmed that the latest major update to Google’s mobile operating system is now hitting the HTC One (M7) for T-Mobile. A couple of days ago, HTC’s Mo Versi confirmed on Twitter that the company had received approval for the update and that it would be rolling out over-the-air on Tuesday. But now, a day early, many users are already receiving the update.

@moversi Finally getting Lollipop On T-mobile HTC One M7!! pic.twitter.com/CSVBqT4Gei

HTC announced in February that it had missed its 90-day goal for bringing Lollipop to owners of the HTC One (M7) and (M8) (with the obvious exception of the Google Play edition which got the update in early December). In mid-February, the update started rolling out to those using the HTC One (M8) on T-Mobile, and now about a month later, those who have the HTC One (M7) are seeing the update.

HTC One (M7) T-Mobile Owners! We've received technical approval on the L OS and OTA will start on Tuesday. #htcadvantage