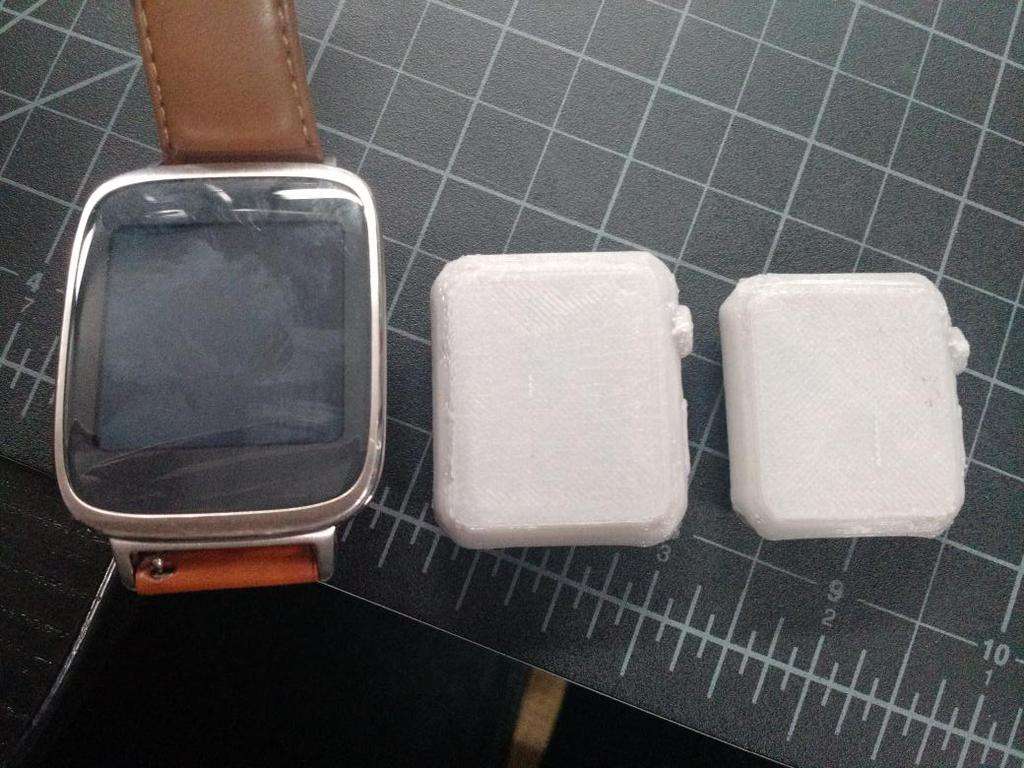 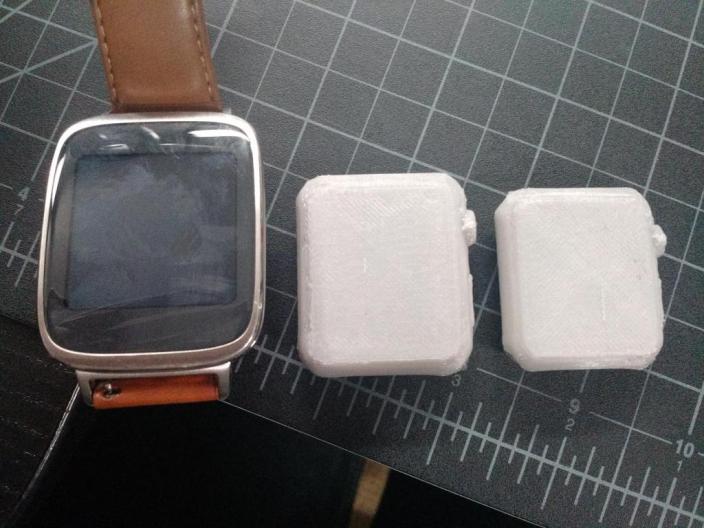 The Apple Watch was once again shown off at Apple’s “Spring Forward” event on Monday, and many have been left wondering how the device compares to the Android Wear devices currently on the market. Technology has surely evolved a bit since the G Watch was announced, but how much have things changed?

There are several differences between the two platforms, but one that has now been brought to light is the device’s physical dimensions. Looking at Apple’s renders and images makes the device look big, but comparing its actual dimensions to Android Wear devices does the opposite. It’s tiny compared to most of what’s available today.

Norm Chan on Twitter put together a couple 3D-printed Apple Watches and placed them next to his ZenWatch, and it’s a bit shocking to see how small the 38mm Apple Watch is in comparison. But let’s not stop with the ZenWatch; let’s see how all of the top Android Wear devices compare to the Apple Watch in physical size…

Here are the Apple Watch dimensions:

And here are some of the dimensions of popular Android Wear devices:

As you can see, it looks like Apple managed to cram the innards of the Apple Watch into a much smaller case than its competitors—and this is especially the case with the 38mm model. The Apple Watch is thicker than all of the Android Wear devices we’ve listed here except the Moto 360, but not by all that much. The thinnest Andoid Wear device listed here, the Asus ZenWatch, is 2.6 mm thinner than Apple’s offering at its thinnest point—and only .9 mm thinner at its thickest. Other devices, like the LG G Watch R, are only .8 mm thinner than the Apple Watch.

As for the width and height comparison, the Apple Watch is definitely smaller. The “large” version of the Apple Watch, for example, is still 4mm shorter than the LG G Watch. Also, notably, the closest comparison in size seems to be the recently announced Huawei Watch, which is 42 mm in diameter and 11.3 mm thick.

For some perspective, here’s a comparison of the ZenWatch to a few of these other devices: 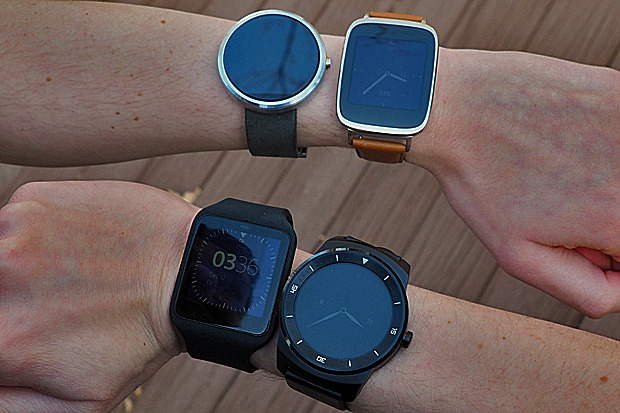 Interestingly, even the largest of these smartwatches definitely fall into the category of being pretty standard size. Large Breitling watches, for example—a big name maker of high-end swiss watches—average around 46mm to 50mm. It’s not just Android Wear devices that the Apple Watch would look small next to, as many luxury watches (a part of the market Apple is aiming for with the Edition) would make Apple’s entry look tiny as well.

So the question that remains—and it will probably remain a mystery until we have our hands on real-life benchmarks—is how the Apple Watch will compare to Android Wear devices in battery life knowing that it’s so much smaller (specifically the 38mm model). Apple claims the device will get 18 hours on a single charge, and the smaller model will typically stay alive for a shorter amount of time. We’ll see how they fare in real-life use.