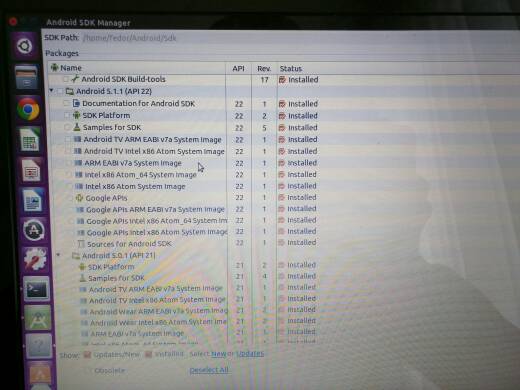 Android 5.1 has only recently started hitting Nexus devices, and the general populace of Android device owners have still yet to see 5.0. But Google is already moving on past the latest 5.1 release, as evidenced by the appearance of Android 5.1.1 (API 22) in the Android SDK Manager.

It’s pretty well-known that Android 5.0 has been suffering from a particular memory leak for quite some time, and many expected it to be fixed with the release of Android 5.1. That obviously didn’t happen, so many are hoping that this release will finally come to the rescue.

There’s no word quite yet on when to expect Android 5.1.1, but it’s possible that we’ll see the Android Open Source Project updated to that version very soon. Interestingly, we’re still waiting on regular-old Android 5.1 for many Nexus devices.

One thing that we might see in Android 5.1.1 alongside a hopeful memory leak fix is the introduction of a built-in VPN service. It was spotted last month in Android 5.1 and lets users connect to open WiFi networks via a Google-owned VPN for more security. We’ll see.