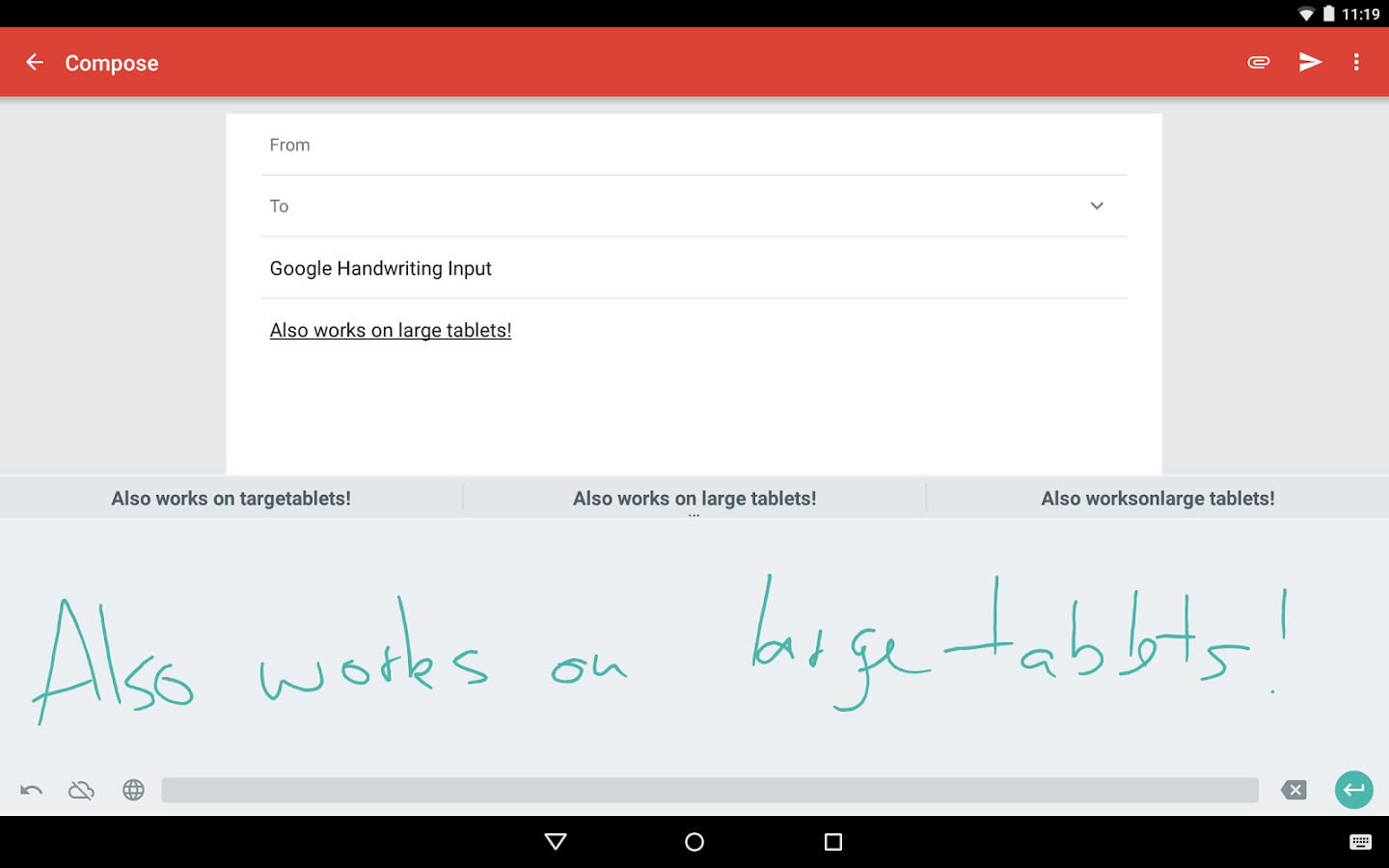 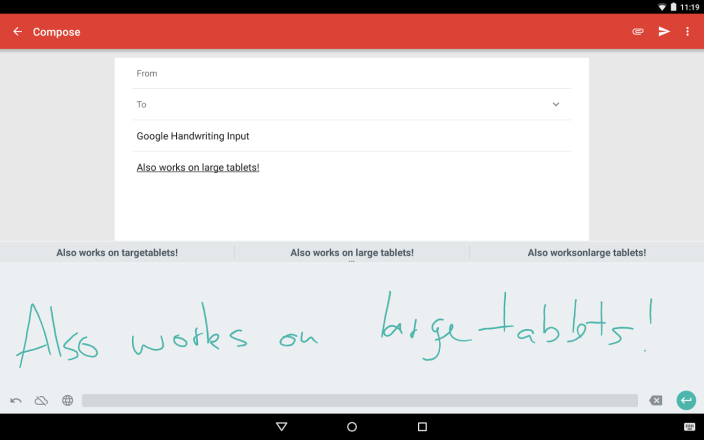 Google has today released version 1.0 of its new “Handwriting Input” keyboard, which lets you manually draw the text you would like to type. The app works on both smartphones and tablets as you can see in the gallery below, and it’s—based on my first few minutes using the app—actually pretty good at deciphering your handwriting no matter how bad it may be. It works in any Android app that has a text input field.

This seems more like a hack-a-day project than anything else, because I can’t see anyone actually want to use it for daily text input. If you want to play around with it, though, Google is definitely going one step beyond just plain handwriting recognition. With Google Handwriting Input, you can actually draw “hundreds” of different emoji with your finger—and the app will actually try to figure out which one you’re going for.

Languages other than English might be where the app actually has some amount of utility. Many languages are a lot less convenient to type using a keyboard, so using this app might actually come in handy in those cases. The app will work with or without a stylus, and for those that want to mess around with English input, you’ll be able to write in both printed and cursive styles.

Key features: • A useful complement to touchscreen typing or voice input • A fun way to enter emojis by drawing • Useful for languages that can be challenging to type on a standard keyboard • Works across your Android phones and tablets running Android 4.0.3 and up • If you claim your handwriting is terrible, try it out and see if it can convince you otherwise

You can grab Google Handwriting Input on the Play Store for free right now. It should work on any Android phone running version 4.0.3 or higher, and has support for up to 82 languages.