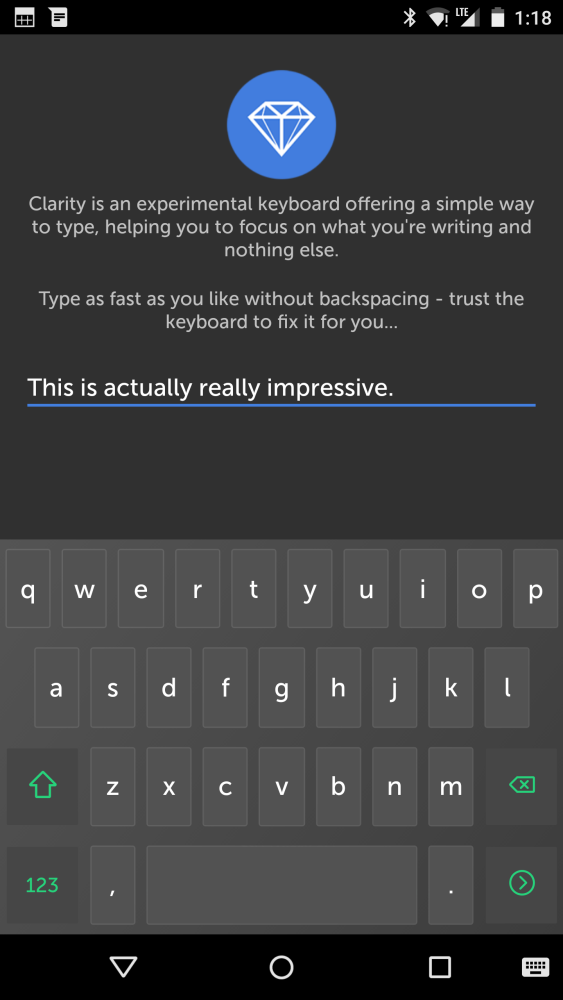 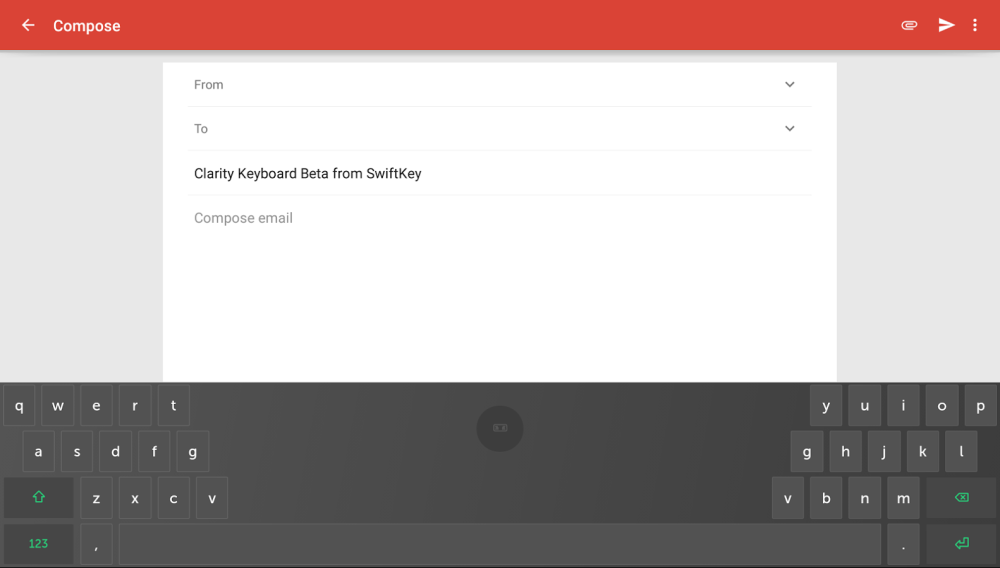 SwiftKey today announced and released its first app part of a new initiative called the SwiftKey Greenhouse. The company wants to do some experimenting with new software, and they want to make a place “where [they] can seed ideas and help them grow.” The new initiative is off to a good start, as I’ve found out, because its first project—called Clarity—is a great, unique new attempt at a mobile keyboard…

Upon installing the app, you’ll find an experience that’s much like SwiftKey—but stripped. You open the app, you click through a few pages to enable the keyboard, and then the app does a little teaching to let you know how to use it. But when you actually start using the keyboard, it’s pretty obvious that the team behind it tried to completely rethink how we enter text on our mobile phones.

First of all, the typing experience is extremely simple, and sports a classy flat design. When you type a key, you might be caught off guard by the fact that you don’t see any preview keys above the letters you type. That’s because—and, yes, I know this isn’t a new concept—Clarity wants to use super-smart autocorrect to guess what you’re trying to say, and you aren’t supposed to be spending time making sure to hit the right key.

Of course, it would be a good idea to type as accurately as you can (to give Clarity the best chance at knowing what you mean), but I’ve found that this keyboard more than any other I’ve used does a great job even when I type very inaccurately. The keyboard puts it best in the quick tutorial that the app runs you through before releasing you to use it in your own apps:

Clarity Keyboard Beta is an experimental keyboard offering a simple way to type, helping you to focus on what you’re writing and nothing else. Type as fast as you like without backspacing – trust the keyboard to fix it for you…

And trust I did. While most word suggestion keyboards popular on both Android and iOS correct your typing word-for-word, Clarity keeps changing the words you’re typing based on the entire phrase you’re writing. It might know to change “desert” to “dessert,” for example, after it sees the context of what you write after the word it wasn’t sure about And I found that it did this fairly often—and it got it right most of the time.

The app doesn’t (at least yet) have any fancy settings or features, but it does text entry very well. I did experience some “this app unexpectedly quit” errors while trying it out today, but it’s in beta at the moment, and you can’t expect there not to be some bugs. In fact, Samsung devices are completely unsupported for the time being (although SwiftKey says that it’s working on this).

I can’t really explain any better than this what the experience is like, and you really need to just try it out for yourself. If you tend to like to have more direct control over each and every key you enter, this probably isn’t for you. But if you crave a keyboard that can correct your fast typing better than the standard SwiftKey and Google’s stock keyboard, you might have found your new favorite Android text entry method. I know I did.