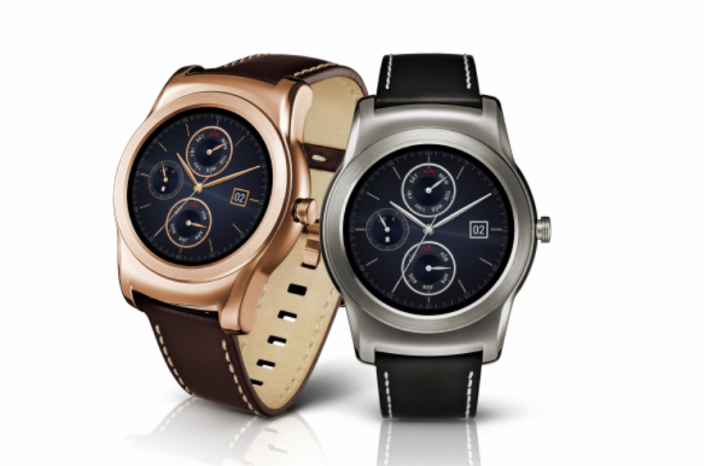 As expected, LG’s Watch Urbane is now available via the Google Store for $349 in gold and silver variants. The Watch Urbane is similar to the G Watch R, but with a nicer, more high-end design. The device is made entirely out of metal and comes with a single leather band. For the gold model, the leather band is brown, while the silver model includes a black leather band.

The Watch Urbane is powered by the latest version of Android Wear and features a fully rounded design. On the inside is a 1.2GHz Qualcomm Snapdragon 400 processor paired with a 410mAh battery. Earlier today, we shared the first images of Android Wear 5.1.1 running on the device, which includes features such as WiFi support, always-on apps, wrist gestures, and more.

The Watch Urbane is available on the Google Store now via this link for $349. It is listed as leaving the warehouse by May 8th. Currently, the Watch Urbane is shown as available in Australia, Canada, France, Germany, Hong Kong, Ireland, Italy, South Korea, Spain, United Kingdom, and the United States.