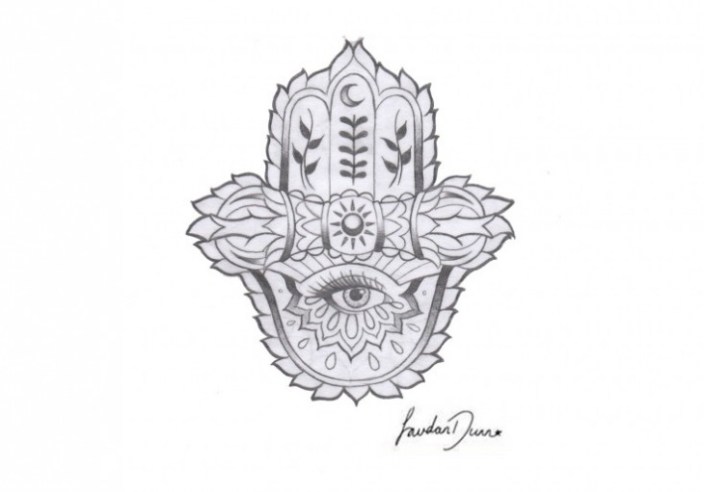 HTC, who this morning said that brand image is more important than volume, has announced a new partnership with supermodel Jourdan Dunn. As part of the partnership, HTC and Dunn will team up to offer limited edition variants of the HTC One M9 with custom-designed, body art-inspired engravings. An example of one of the engravings can be seen above.

Dunn has partnered with Cally-Jo Pothecary, a celebrity ink designer, to come up with the engravings that will appear on the limited edition HTC One M9 devices. It’s unclear where, when, or for how much HTC will offer these specially engraved One M9s.

The open hand and eye symbolize the need for protection and strength while still being open and approachable in personality and style. The natural leaf elements and patterns around the outside of each visual reflect the growth in creativity that Jourdan is feeling at this time, and the sun and moon together represent balance and harmony in her character.