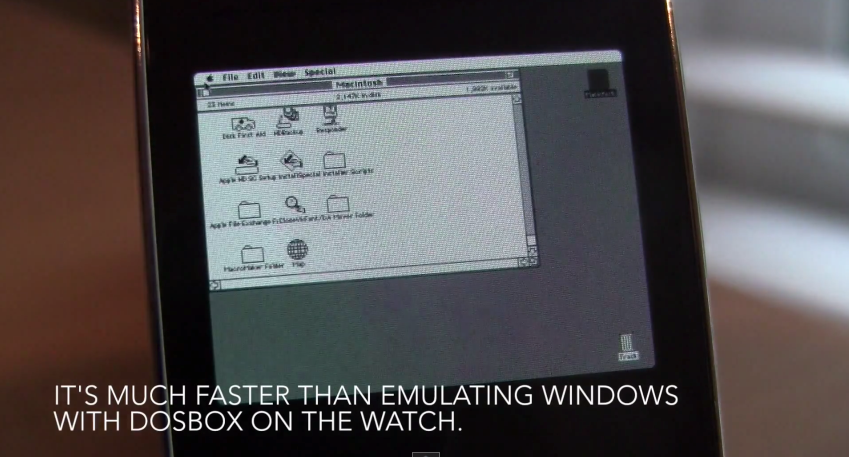 We’ve seen just about anything running on Android Wear at this point—from Minecraft: Pocket Edition, to Flappy Bird, to Windows 95. Today, Corbin Davenport is back with another video, this time showing off another ancient operating system running on the miniature Samsung Gear Live wrist computer. This time, he’s running the Macintosh II’s System 6 (and the emulator he’s using—Mini VMAC II—supports up to version 7.5.5)…

Amazingly, the OS actually seems to run pretty well—definitely better than Windows 95 did. Almost all of the basic features are seemingly functional in the emulator, and Corbin was able to tap and drag windows as well as open up some menus and applications. Color me impressed with his skills; I don’t know if I’d be able to touch anything on such a complex interface on such a small screen. I can’t even tap the right things on Android Wear’s default OS.

Check it out below: