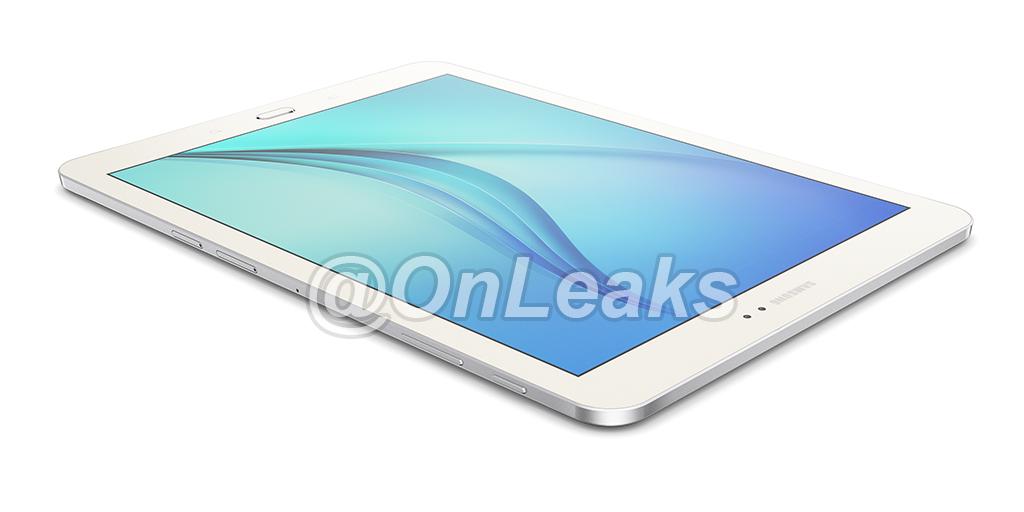 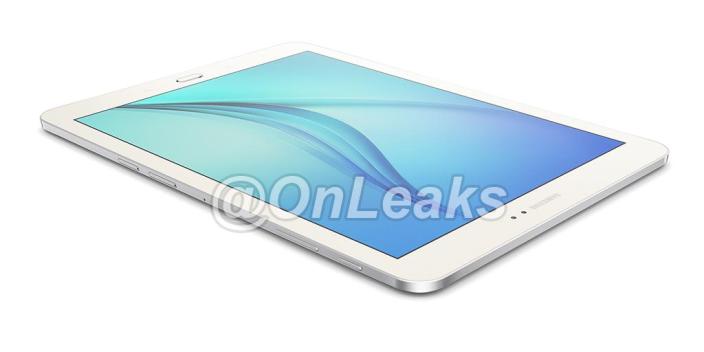 The leak comes by way of notable leaker @onleaks, who is better known as Steve Hemmerstoffer of Nowhereelse.fr. Earlier today, he came out with the above image claiming that it indeed is “Samsung’s 9.7-inch Galaxy Tab S2.” The device in the image has a very familiar wavy background, similar to the one that’s featured in the Samsung Galaxy S6 stock imagery.

There’s not much to learn from this image, but that itself is probably notable. The tablet doesn’t look much different than the ones that Samsung has offered in the past, although it does seem to have some amount of design inspiration from the company’s most recently flagship handset, the Galaxy S6.

The Tab S2 is said to be launching at some point in June, and it is rumored to come in two sizes, 8-inch and 9.7-inch, in both LTE and WiFi-only variants. The device is expected to pack a 64-bit Exynos processor, 3GB RAM, 32GB of flash memory, a 2048 x 1536 pixel resolution AMOLED display, and more.

Notable in the above image is what at first glance may appear to be several extra buttons along the right side. Upon closer inspection, however, it’s clear that the device seems to have two trays with small pin holes to open them, likely for the device’s SIM and microSD slots.