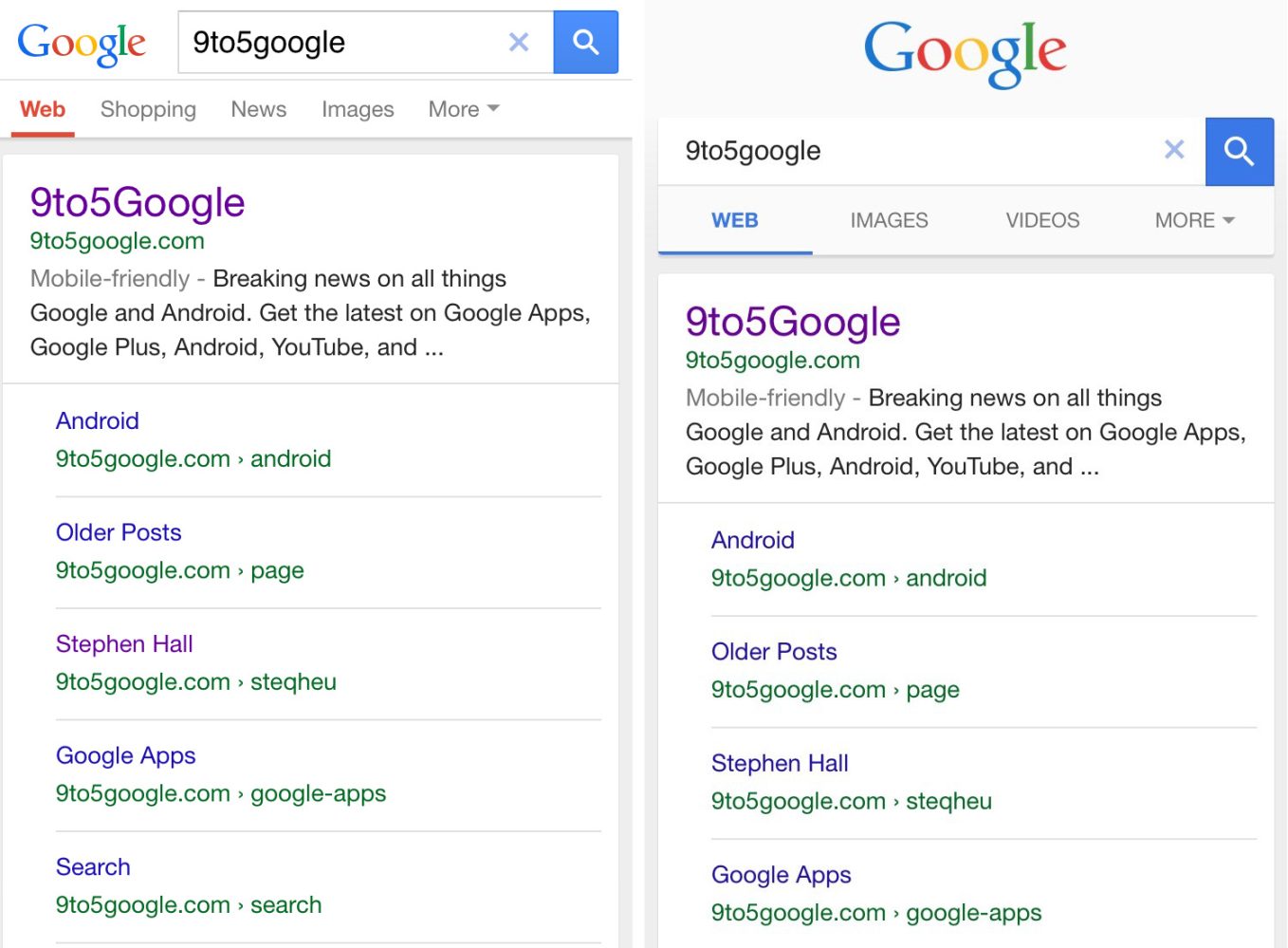 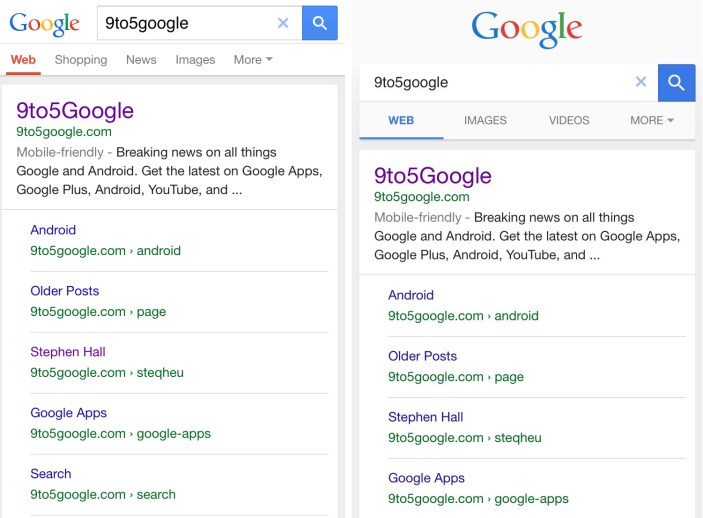 Old on the left, new on the right
0

Old on the left, new on the right

It appears that Google is testing a new design for the header of its mobile search website, featuring a much more spread-out interface including a larger text entry box, navigation tabs, and Google logo. The size and placement of the actual search results seem to be identical, however…

Notable is the inclusion of new tabs that are most definitely Material Design-inspired (see the Material Design guidelines for navigation tabs). But with this change comes one less tab viewable on screen (down to four from five, including the “More” drop-down menu).

We’ve received scattered reports of this search interface appearing for some iOS users over the last few days, but we’ve yet to be able to independently confirm its existence. Regardless, it makes sense that Google is moving this direction considering the gradual move of its other web properties to Material.

Most users of the company’s mobile search engine have noticed that most search results have already moved over to a Material Design-based interface, but this change seems to complete the overhaul, moving the header of the search engine over to be Material as well. 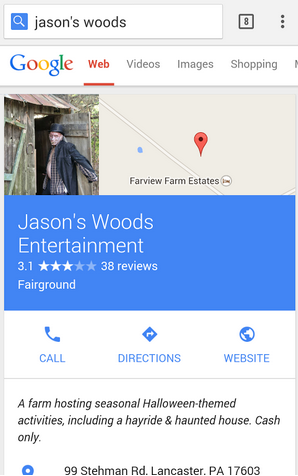 It’s not clear when—if ever—Google will be moving these additional changes to primetime, but it will likely be a gradual rollout as Google does with most of the tweaks it makes to its search engine. Let us know in the comments if you’ve seen this new mobile search interface.