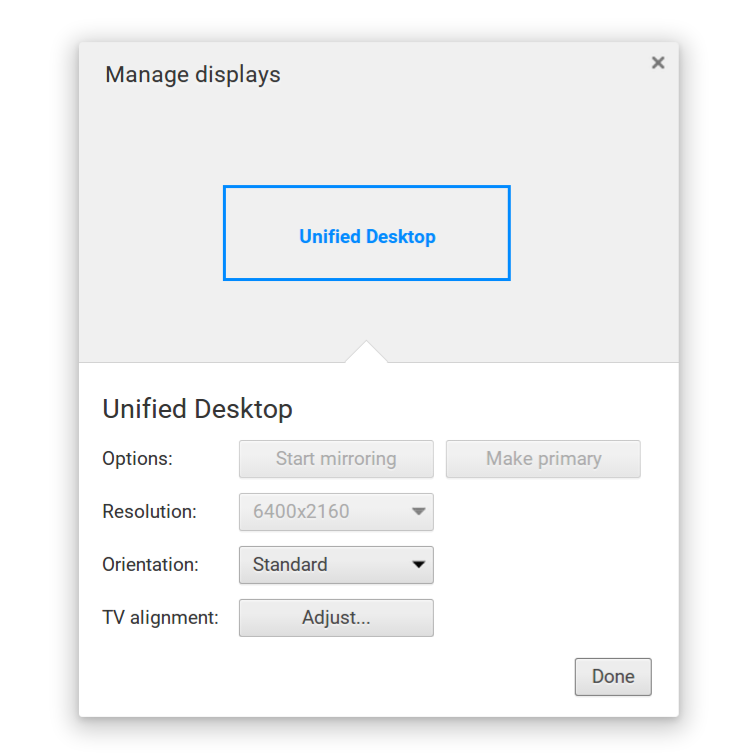 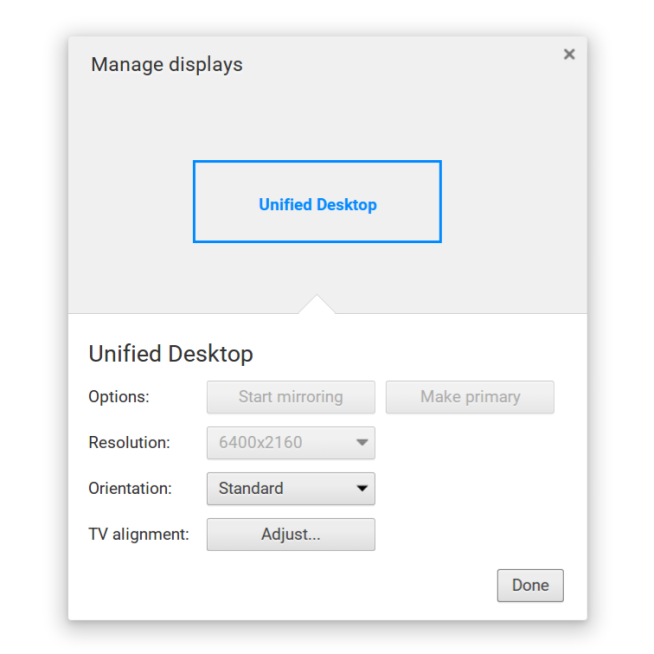 In a Google+ post today by François Beaufort of the Chrome team, Beaufort mentioned the introduction of a long-needed feature to the Chrome OS development channel which allows a window to span multiple displays. The new feature is called “Unified desktop mode” and can be enabled by simply visiting chrome://flags/#ash-enable-unified-desktop if you’re running the newest dev channel version of the browser-based OS.

One example he provides for how this might be useful is that those using Citrix Receiver for Chrome—which allows its users to create and use virtual machines of Windows over the Internet—can now run a multi-display setup of Windows right from their Chromebook. For those who want a simple, easy-to-use computer but might need to use Windows periodically for one or two specific applications, this will be a huge boon and make the Chromebook that much more versatile.

Head over to Google’s Chrome OS channel support page to learn how to switch your instance of Chrome OS to the Dev channel. Bugs and issues with Unified desktop mode can be reported to the Chrome team by pressing <Alt> + <Shift> + i.