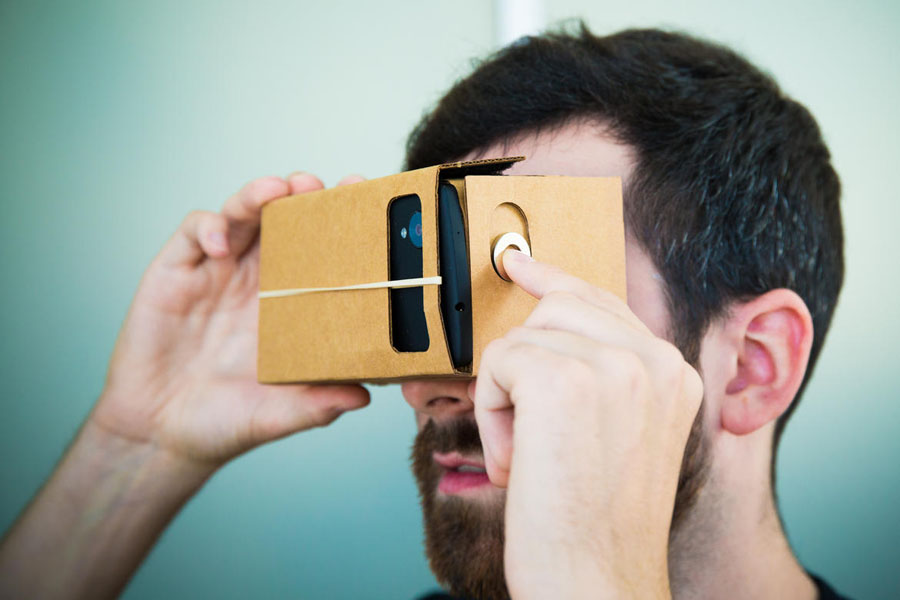 Rumors that Google has big plans for virtual reality seem to be gathering pace. After yesterday learning that the lead designer of Google Search is now heading up Google Cardboard, another engineer believed to be working on the projected has hinted at an announcement at Google I/O …

Gizmodo‘s Sean Hollister reports that Clay Bavor – previously in charge of product management and user experience for Gmail, Google Drive and Google Apps – has said that the company’s VR ambitions don’t end with the Cardboard project.

Bavor assures me that we’ll want to be there at I/O (which runs May 28-29) — and that the future of Google Cardboard won’t necessarily be corrugated paper.

Google is reportedly working on an Android-based VR platform, which hardware makers would be able to use without license fee. We reported back in March that Clay Bavor is believed to be co-leading that team.

The Google I/O app is available on the Play Store, with details of themes, topics and speakers.