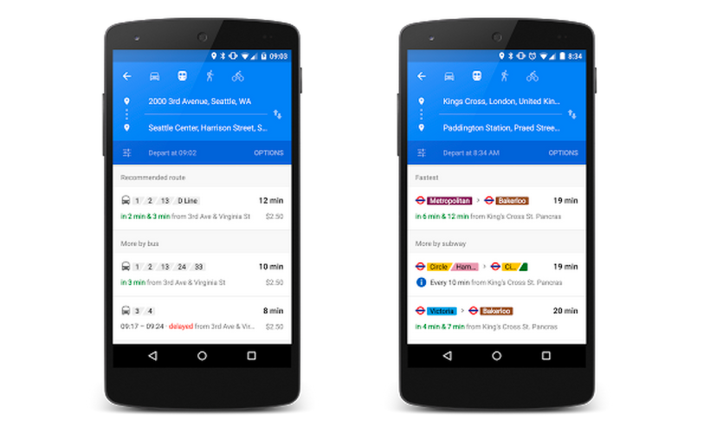 It also announced that it’s adding 25+ new partners to the 100+ it works with to gather real-time transit data. The new additions bring more transit data to customers in the U.K., Netherlands, Budapest, Chicago, San Francisco, and Seattle.

The real-time data, Google notes, includes “live arrivals for buses, metros and subway systems—and even alert you to cancelled routes.”

In total, Google now offers transit data for 18,000+ cities and towns in 64 countries, across six continents and info from 6,000+ transit authorities making up around 2.5 million train stations, bus stops and more.