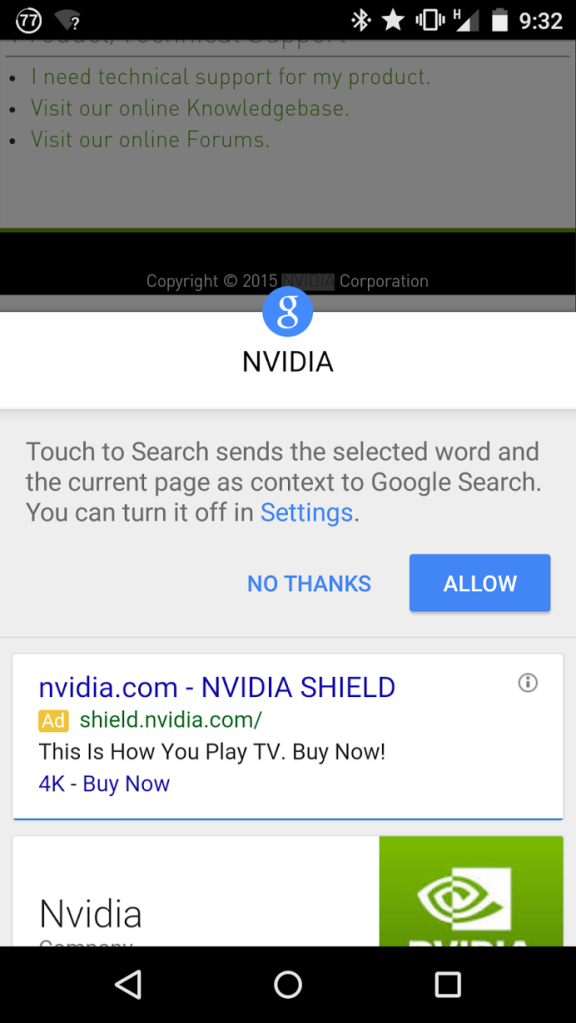 Thanks to a screenshot shared on Google+, we’ve learned that the previously experimental Touch to Search feature for the Chrome browser on Android seems to have been moved to the stable build and is now rolling out to users. Touch to Search “sends the selected word and the current page as context to Google Search,” according to Google. In other words, you see something in a webpage that you’d like to learn more about and can highlight and look it up in Google Search without leaving the page.

It’s notably similar to the recently announced Now on Tap, except it only works within the Chrome browser and, of course, you’re providing more context than Now on Tap requires. From the image above it seems that this feature is opt-in, which makes sense with many cautious of Google’s attempts to collect information on their every digital move.

According to Android Central they’ve been able to access the feature from Chrome on a 2014 Moto X without updating, so Google probably just enabled a flag for the feature on the public build server-side, but I just tested it on a 2nd generation Moto G and wasn’t able to bring it up. Does the new feature appear like in the image above when you highlight text in Chrome for Android? Leave a comment if so!