Microdia plans a microSD card with 512 GB of storage space, release in July 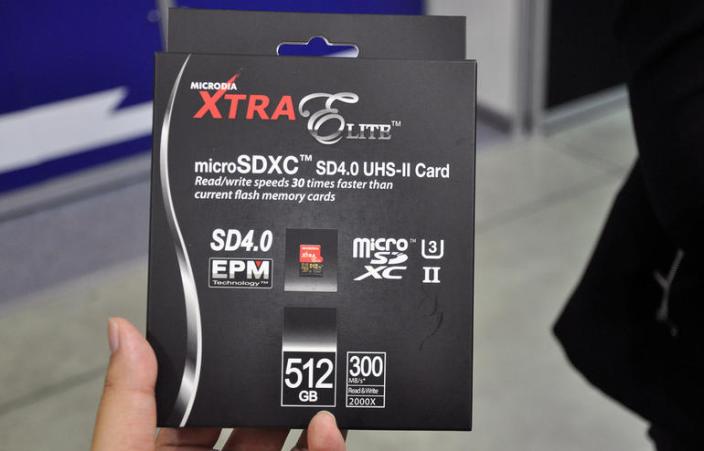 This is the largest microSD card seen yet, and while Microdia seemingly didn’t have a working model on hand at the Computex convention in Taipei, they did have the above packaging that calls the card the “Xtra Elite”. Of course, the card is in microSDXC format.

Unsurprisingly, the card is going to be wildly expensive. While standard SD cards with the same capacity typically run in the $500 range, this one is supposedly going to cost around $1,000 when it launches in July. A 64 GB microSD card typically runs just $20.

In an age where most of our data is stored for free in the cloud—and for many of us, photos just joined that party—512 GB might seem a bit excessive. But for professional photographers who want a fast card and as much storage space as possible, this might just make sense.

For fun, I did some math. The average app size on Android is just 6 MB. So if you pop one of these in your phone, you’ll be able to store approximately 85,333 apps before you run out of space. That’s awesome. Let’s just hope this is real and that Microdia’s release timeline is realistic. It seems like a stretch to me considering SanDisk—a much better-known name in the flash storage space—only just announced a 200 GB microSD card in March of this year.