BlackBerry CEO is open to building an Android phone, so long as he can make it secure (Video) 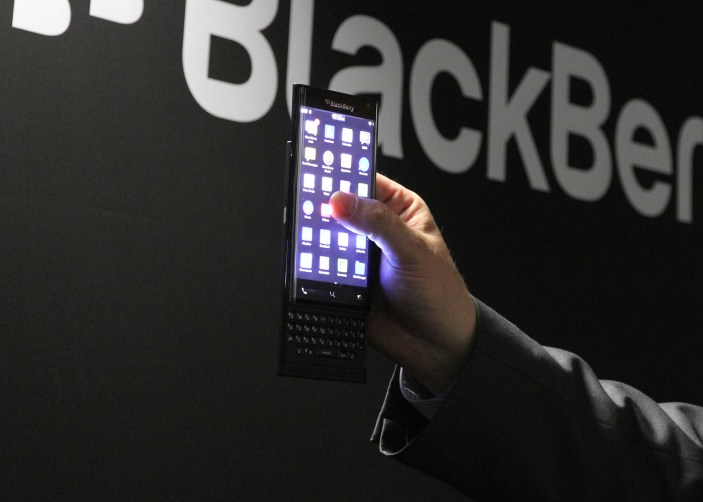 A report from Reuters earlier this month said that BlackBerry has plans to build an Android smartphone, and now the company’s CEO, John Chen, has come out with a statement that is far from being a denial. According to Chen, BlackBerry only builds and sells phones that are what he believes to be the most secure on the market. If the company can do the same with Android — find a way to make it secure — it sounds like Chen is open to the idea…

“We only build secure phones. And BlackBerry is the most secure phone. So if I can find a way to secure the Android phone, I will also build that,” Chen told CNBC.

It’s a pretty open-ended response, but it’s definitely notable that the CEO is open to Android as a platform. The company is reportedly planning to use Google’s Android operating system on an upcoming slider-like device that is in the cards for later this fall. According to earlier reports, the device will have a touchscreen and a physical keyboard, possibly similar to the slider phone that BlackBerry showed off at Mobile World Congress earlier this year (pictured above).

While the slider phone — codenamed Venice — might be running Android, some rumors have as of late claimed there to be another device — codenamed Prague — that is more likely to see Google’s OS. This phone is purportedly a cheaper low-end, touchscreen device, somewhat similar in design and appearance to the company’s previous Z3 handset. This phone could be targeted at emerging markets with its more affordable price tag, much like Google’s Android One initiative.