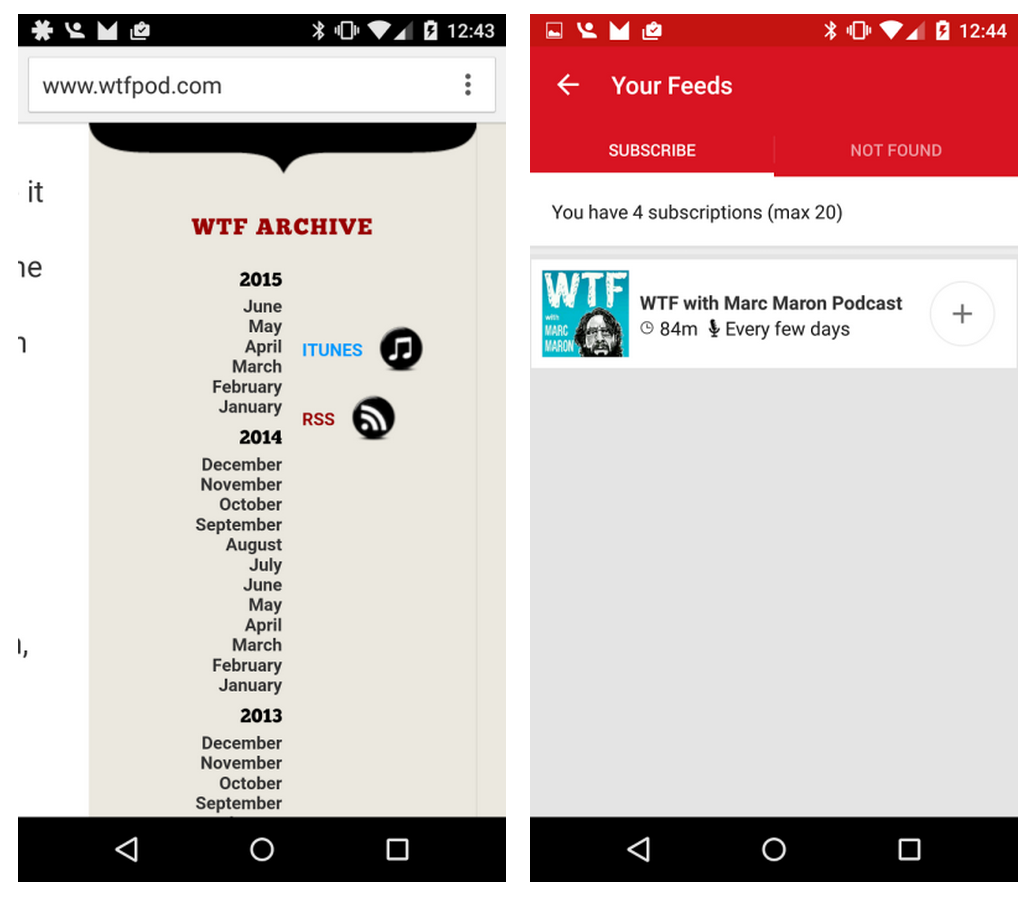 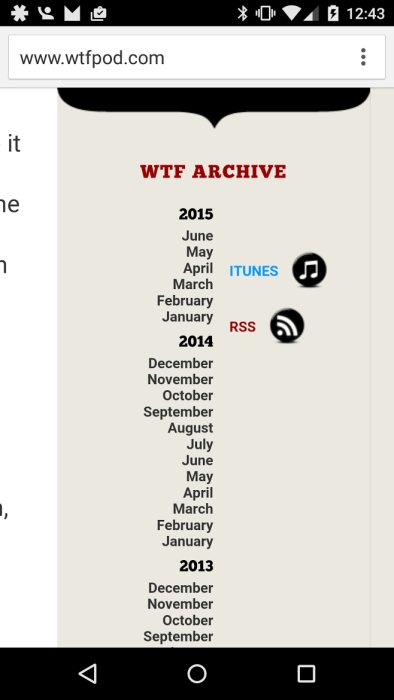 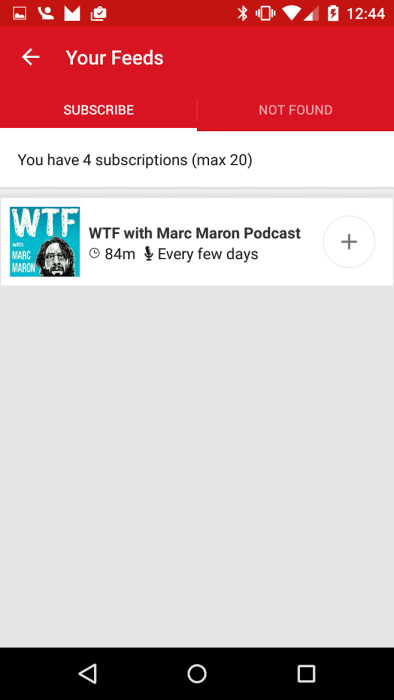 Player FM released version 2.6.4 of its podcast player to Google Play today, bringing with it integration of the Subscribe on Android protocol. The protocol was created to “give Android listeners the same One Click subscription experience that iOS and iTunes users have.” Basically, once you have Player FM installed, any raw XML podcast feed URLs you click will launch to Player FM where you can then subscribe to the podcast to get new episodes automatically downloaded as they’re published. It’s basically like deeplinking but works with far more URLs than deeplinking traditionally can, and is less convenient than Android app intents.

Deeplinking is a way through which constellations of apps can become more interconnected by quickly and seamlessly moving users between one another when specific links are pressed. And while Android M is bringing with it improved app linking so links from anywhere, not just from within a developer’s own apps, can launch to an app without needing to open the intents menu, this won’t work for URLs that aren’t owned by the developer. Feed URLs for podcasts found from around the web won’t just seamlessly open to your favorite podcast app, but with an app that uses Subscribe on Android like Player FM, they can. Mostly, at least, as Feedburner podcast feeds don’t seem to work.

You can get Player FM on the Play Store for free.