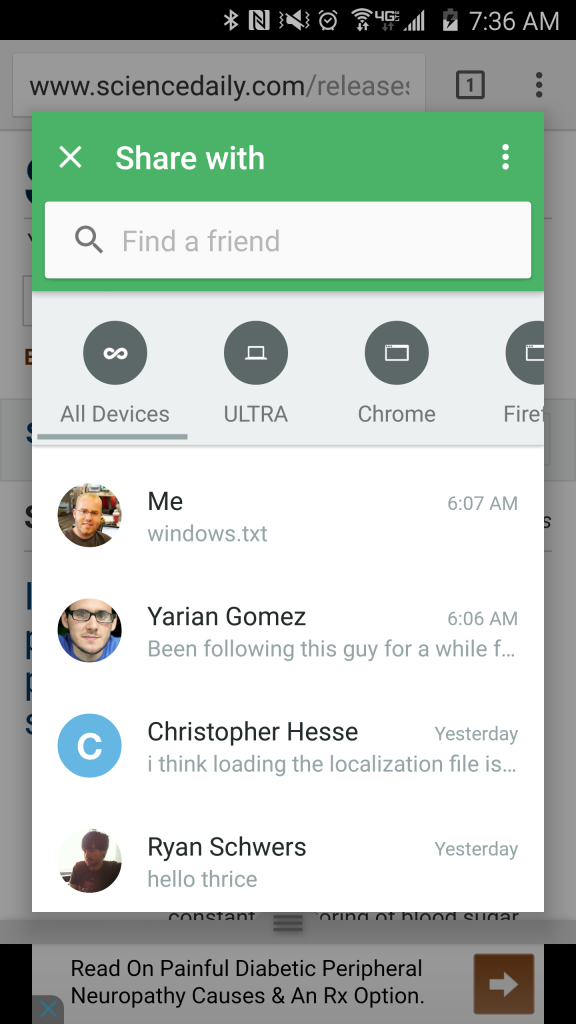 After a major update just last week that saw Pushbullet on Android and several other platforms receive an overhauled design and rethinking of how its messaging works, the company has made a small update to its Android app based on community feedback. It’s available in Google Play or you can get the APK from APKMirror.

Now, the company says, pushing to other devices requires less taps and is “more flexible than ever before.” The image above is an example of what the new share screen looks like when sharing a link to a webpage. From the list of devices near the top, just tap the one you’d like to send to and off it goes. You can also, of course, still send to friends from this view.

Also in this update are the typical bug fixes, including one that fixes a notification bug when sending pushes to yourself (duplicate notifications is one I’ve experienced regularly, not sure if this update fixes that).