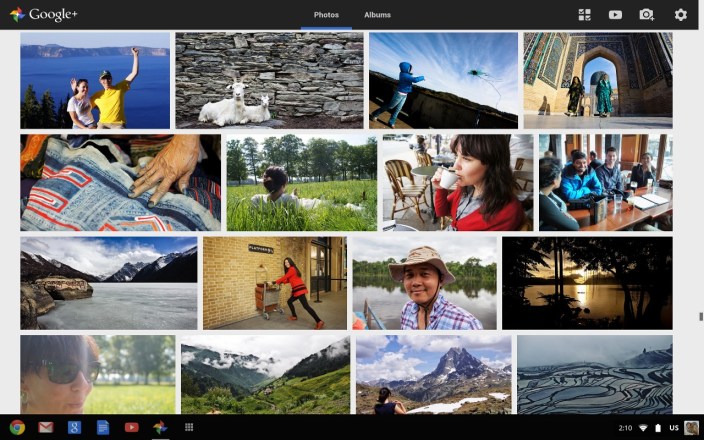 Au revoir, Google+ Photos. In a post to Google+, ironically enough, Google has (unsurprisingly) announced that starting on August 1st, it will be sunsetting its Google+ Photos app in favor of the recently launched Google Photos. First the Android version of the app will stop working, followed by the iOS and web apps shortly thereafter. The company says the move to axe Google+ Photos is being made in an “effort to ensure everyone has the best photos experience we can deliver.”

For those who don’t know, Google unveiled back in late May at its I/O conference a standalone cloud photo and video storage app simply dubbed Google Photos. The app can automatically back up photos and videos stored on phones, tablets, computers, and memory cards (once connected to one of these supported devices) where the app is available (iOS, Android, Windows), and keep them synced across devices through the main Google Drive cloud storage service.

The main difference between the old Google+ Photos and the new Google Photos is simple. Whereas with Google+ Photos you had to visit Google+ on the web to access all the photos and videos backed up and synced across your devices, the new Photos has its own dedicated web interface. Users no longer have to dig through the clutter and UI elements of Google+ just to get to their photos – which makes sense because, like the video and IM Hangouts product, the photography-based functionality of Google+ has been well known to be more popular than the social networking aspects that one sees upon initially visiting plus.google.com.

Google makes note in its Google+ post that switching over to Google Photos won’t result in the loss of stored content. It will all remain stored in the new photos.google.com, and for those who don’t want to use Google Photos, there’s the option to export all stored content using Google Takeout.