Update: We now have a really attractive new render showing the device in white and gold, too…

Motorola has not had any success keeping its handsets a secret this year. We’ve seen half a dozen leaks of the company’s upcoming 2015 Moto G, and now — thanks to Android Peru on Facebook — we have yet another look at a device that purports to be the company’s upcoming Moto X. Previous leaks have been very sketchy, but these appear to be as legit as it gets. In fact, we had our hands on a prototype Nexus 6 last year, and it had identifying barcodes and labels almost identical to the ones seen in these pictures…

Although these exact pictures are new, this isn’t our first look at the next Moto X. Both the Moto X and the Moto G were seen in a very recent leak, we had miniature press renders roll in from upleaks last month, and other sketchy images had been pouring in long before that.

As you can see, the previously-rumored front-facing flash is definitely present in these pics, and based on my own initial glance, it looks like the screen size is somewhere in the realm of the rumored 5.7-inch range. Other than that, the back metal strip looks identical to previous leaks, and the front looks very similar to previous generations of the Moto X. Overall, this leak looks legit.

Unfortunately for whoever leaked these images, none of the identifying barcodes were removed before the handset was leaked to the Internet. As you can see below, the label that says “Motorola Confidential Property” has even been left. Perhaps oddly, some directly identifying information, including what might be an employee’s email address, name, and phone number, were leaked in one of these pictures as well.

Motorola announced last week that it is holding an event to unveil some new products — including at least one smartphone, based on teases — on July 28th. So yes, based on what we know right now, we will all but surely be seeing the much-rumored 2015 Moto X and 2015 Moto G smartphone refreshes, and the company might even surprise us (or not so much) with an unveil of the next Moto 360 as well. 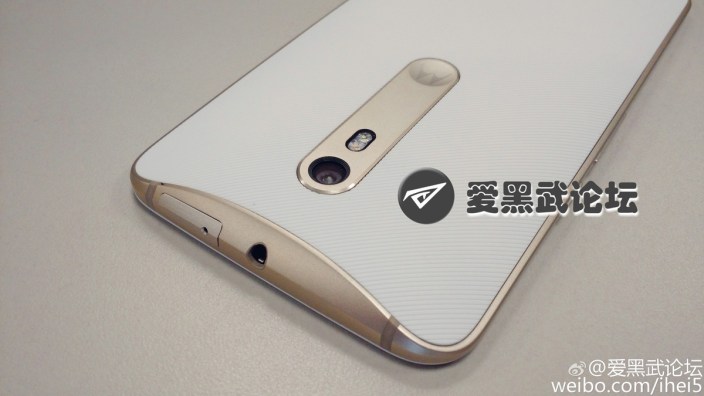