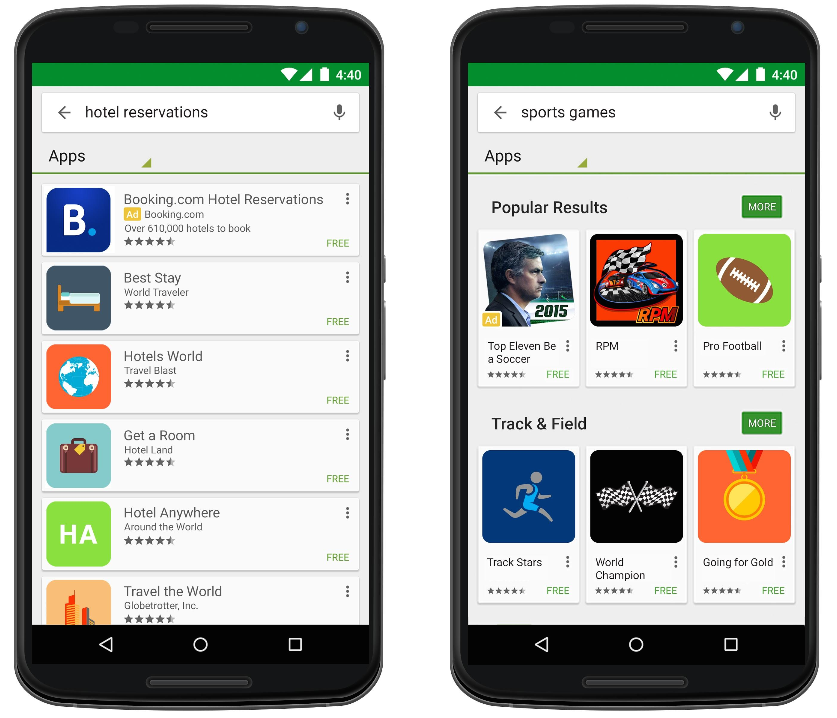 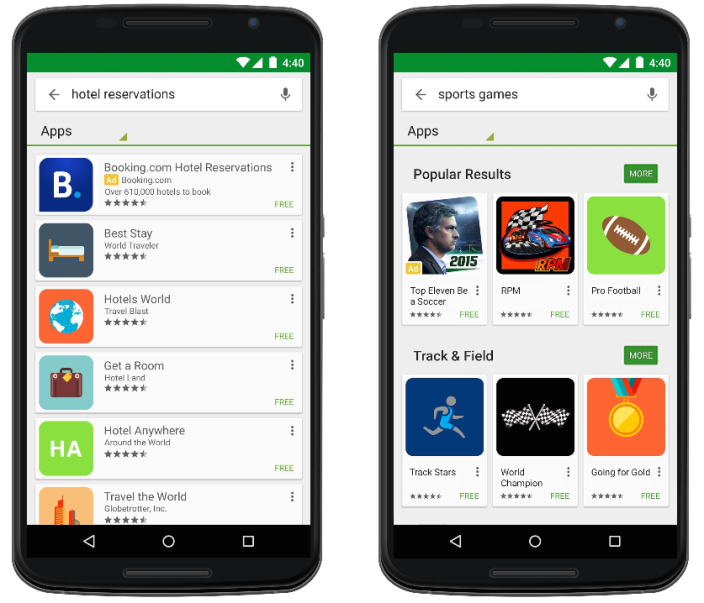 Google at its I/O developer conference back in May took some time to discuss improvements it was making to its Play Store for Android devices. Of those, one area in particular the company touched on was improving the discoverability of apps through better categorization and the ability for developers to A/B test their listings to find which combination of titles and screenshots would lead to the most downloads.

Another way the company has been working to help developers drive awareness of their apps has been through testing Play Store search advertisements, placing a developers’ app at the top of search results against specific keywords. The ability to purchase these placements is starting to roll out today.

“Google Play reaches more than 1 billion people on Android devices in more than 190 countries,” Google said in its blog post about the launch. “With such an extensive reach, Search Ads on Google Play can provide consumers new ways to discover apps that they otherwise might have missed and help developers drive more awareness of their apps.”

Developers who already use app install advertisements in Google’s main Search product are ready to go straight away, and these new placements, just like the ones in Search, will include a gold “Ad” marker indicating to consumers that the developer has paid for their app to be placed where it is. 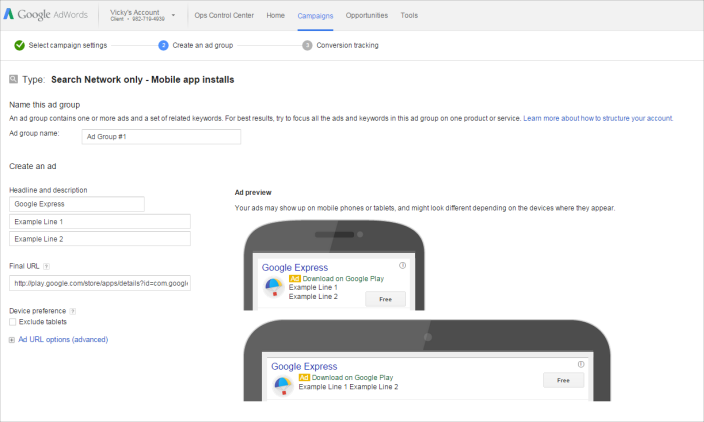 Discoverability is tremendously important to developers who are considering investing into the development of a new app, because why would anyone want to put in all that time only to have their app lost in a sea of lowest common denominator apps?

Google Play in particular has been notoriously bad at surfacing the most relevant apps at the right time. This new ability to place ads in Play Store search results along with Google’s commitment to overall better organization of apps – returning actual shopping related apps when someone searches for a generic term like “shopping,” and sub-categorization in results for these generic terms – show the company arguing the case for producing Android apps, even just a little bit more than before.

Google also talked about Universal App Campaigns and improved conversion tracking for Android – the former will soon allow app developers to promote their apps across Google Play, Search, YouTube and more by providing the company with a few details like what the ad should say. The latter sees Google introducing a metric to AdWords called Android first app opens (more info here), which tracks when a user first opens an app after clicking on an ad and completing an Android app install.

This tracking will work across Search, Display and YouTube, and developers can compare the conversion data with that from third-party measurement tools to get a better sense of how many ad clicks are actually leading to a consumer downloading and opening their apps.