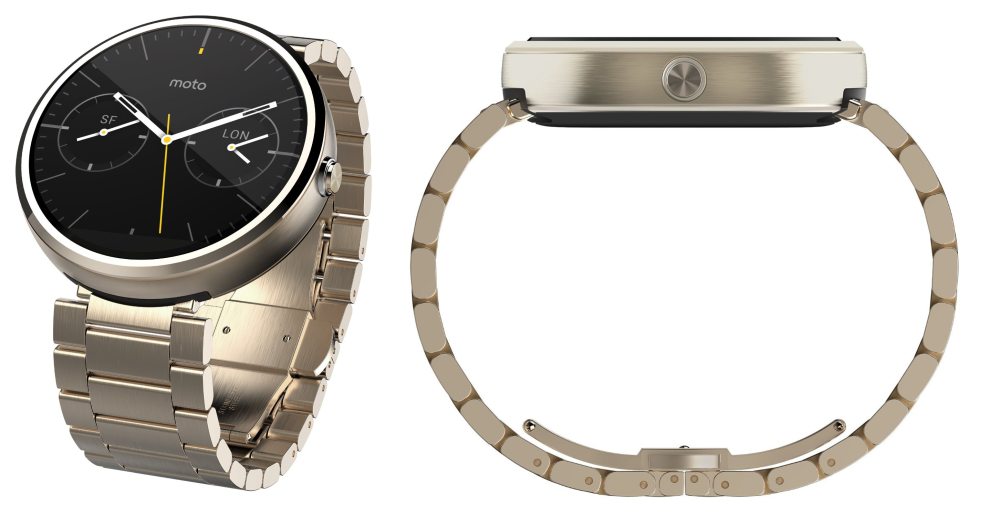 The original Moto 360 in champagne gold
0

The original Moto 360 in champagne gold

The Moto 360 leaks just won’t stop. We’ve seen images front, back and all-around of the smaller Moto 360S and larger Moto 360L, but now Evleaks (by the way, didn’t he retire or something?) has shared images of what could be one of the more expensive Moto 360 variants. They’re probably not Apple Watch Edition-level expensive, but more likely close to the price range of the Huawei Watch (another Android Wear device that’s slated to have its availability and pricing detailed at IFA).

As you can see above, there looks to be at least a couple of what are assumably gold-plated models in both the “small” and “large” sizes. As we told you yesterday, the small device is slated to have a 42mm body, while the large is expected to sport a 46mm case. All of the above watches have link bracelets,but Motorola could still offer these with a leather band, perhaps through Moto Maker. We saw a lot of watches leaked in renders yesterday, but none of them looked quite like the gold ones above.

Based on an image we shared with you earlier today, it seems Motorola is prepping to show off the Moto 360 on September 8th. We’re on the ground in Berlin already, and we’ll be keeping you up to the minute on the latest in the world of Android, Android Wear, and anything else that might catch us by surprise over the next week.