We told you yesterday about an unknown LG “V” handset, and now Evan Blass of evleaks has confirmed that this device is indeed the LG V10 handset that he shared many details about just a few days ago. Evan said that the device has an “auxiliary ticker display” not unlike that of the ye olde Samsung Continuum, and also went on to share some the specs of the yet-to-be-announced phone…

For those unaware, the Samsung Continuum had a separate independently-powered display located to the bottom of its main display. The phone used this to show notifications, SMS messages, RSS feed updates, social networking posts, and more. Evleaks said that the LG V10 has a display that’s very similar, but in this case it has been moved to the top of the display. This is right next to where the two camera modules are located, which we previously thought were actually part of the main screen. 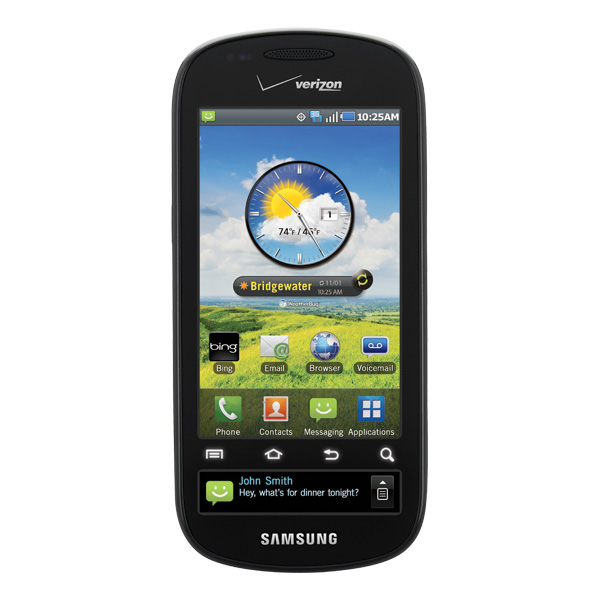 the Continuum with its second display

Beyond the ticker display, though, Evleaks has also shared pretty much all of the phone’s specifications. According to a tweet from yesterday, the phone has a 5.7-inch QHD display, a Snapdragon 808 processor, 3 GB of RAM, 64 GB of flash storage, a 16-megapixel main camera, a 5-megapixel front cam, the aforementioned aux display, a fingerprint scanner, a microSD slot. According to Evan, the LG V10 is slated for launch in October of this year.

So no, as some have suggested, LG isn’t close to releasing a “Pro” or “Premium” version of the LG G4. For now, it looks like the company is going to do a bit of experimenting and release a phone under the “V” brand. It does seem to have decent 2015 flagship-level specs, though, and if nothing else, it will probably be a competitor to the company’s G4. Korean Herald reported earlier this year that LG was planning a device that “stands above” the G series, so maybe this is it.