While details about the Nexus 5X — and its brother, the Nexus 6P — have been making the rounds for several weeks now, today brings a full spec sheet for the former. Many of these details were previously leaked, but this document (via Reddit) essentially reiterates what we saw before and adds a few little details to be gleaned — including the phone’s RAM…

Starting with the display, we now have corroboration that the Nexus 5X will have a 5.2-inch 1920 x 1080 LCD display clocking in at 424 ppi. That display will take advantage of Gorilla Glass 3, and will have the same oleophobic coating that we’ve seen on many smartphones launched over the last few years.

As was previously speculated, the Nexus 5X has a hexa-core, 64-bit Snapdragon 808 processor clocked at 2.0 GHz, paired with an Adreno 418 GPU. One details that wasn’t confirmed until now is the device’s RAM. According to these documents, the new Nexus 5 has 2 GB of LPDDR3 RAM, and will sport both 16 and 32 GB capacities.

Rounding out the device’s features, you’ll find a fingerprint sensor on the back, USB Type-C (as has been seen in countless leaked photos), a Sensor Hub, an accelerometer, a gyroscope, a barometer, a proximity sensor, and an assortment of other sensors. The phone is 147 mm x 72.6 mm x 7.9 mm and weighs in at 136 g. 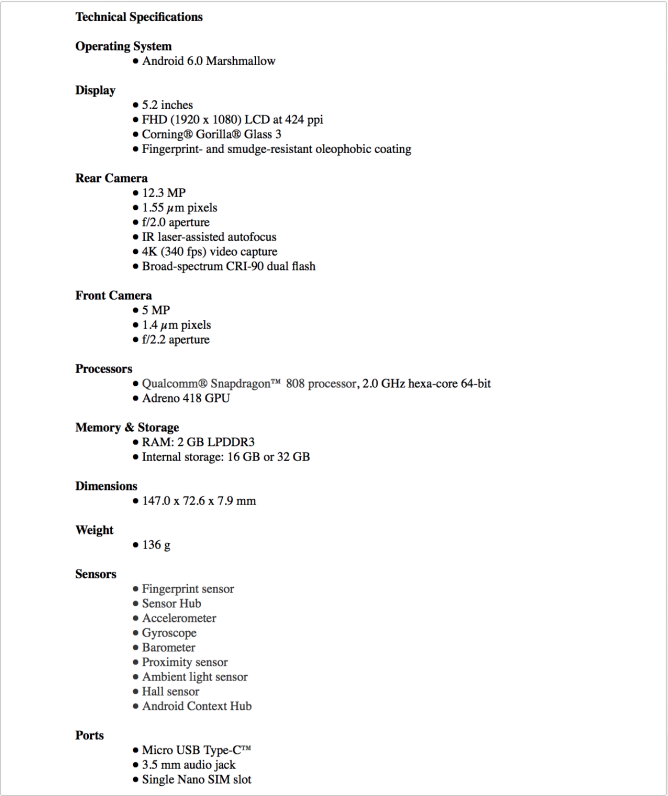 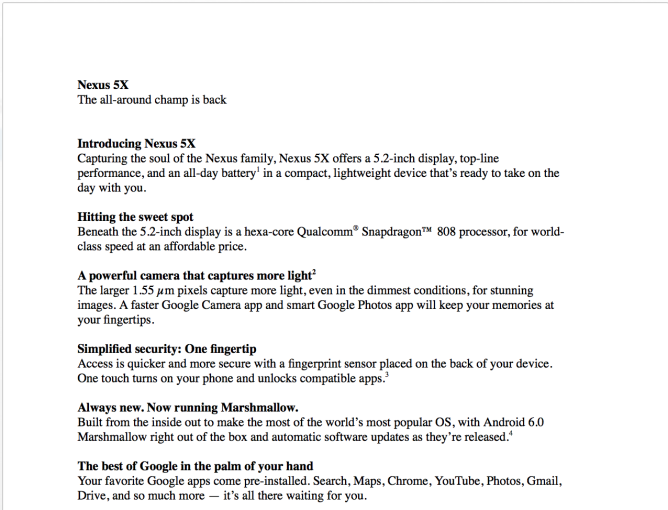