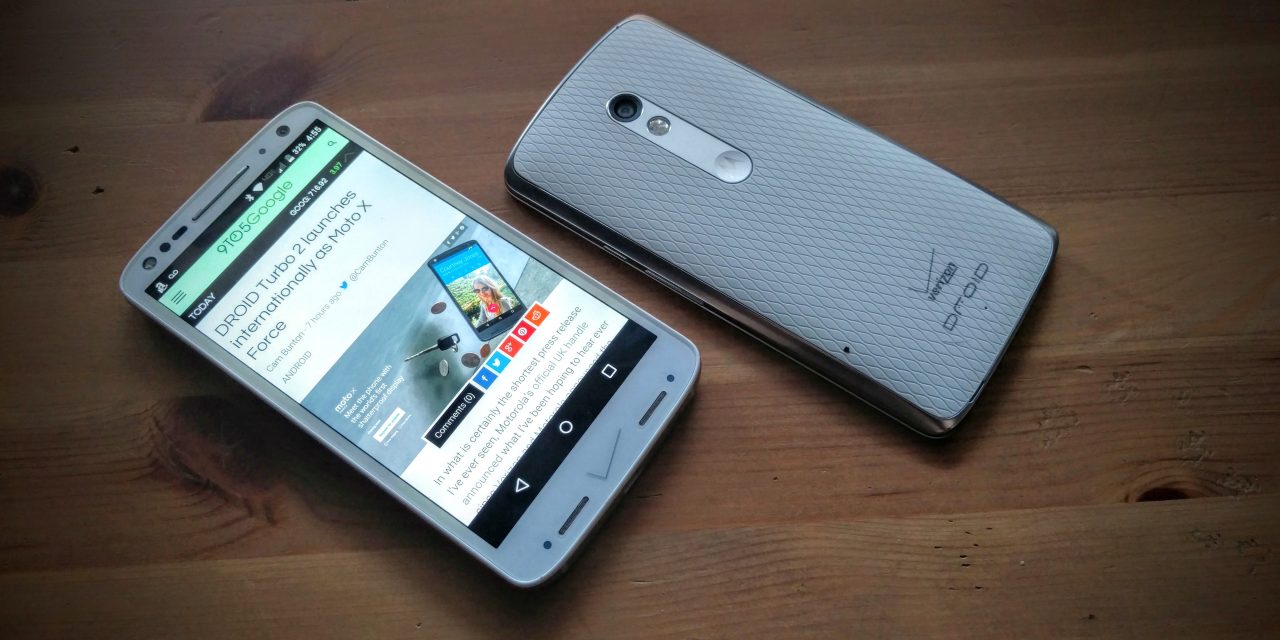 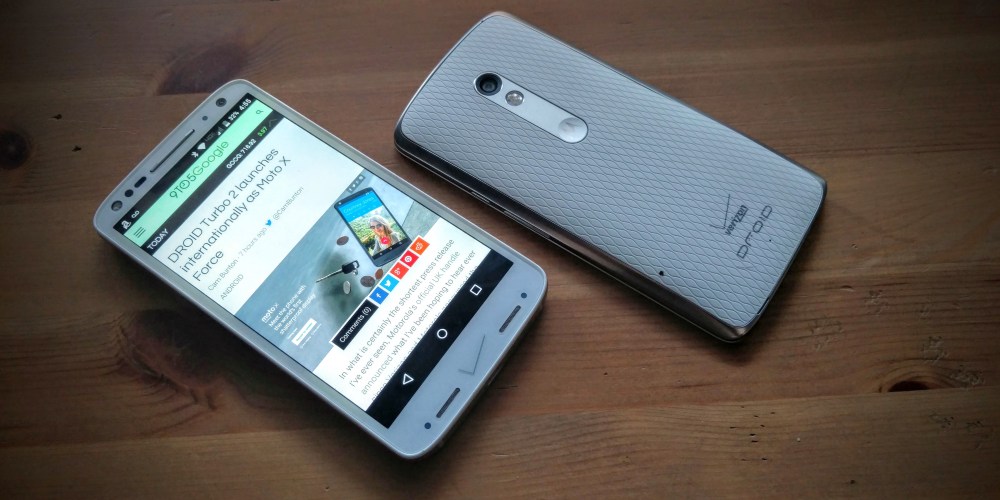 …when you drop your phone, it shouldn’t shatter.
To get the obvious out of the way first, both of these phones are Verizon Droids and that means they have a bunch of Verizon all over the phone. On the bottom front of the Turbo 2 and back of the Maxx 2, there are the now outdated Verizon Checkmark logos. Verizon changed logos in September – about the time that the new phones’ Android 5.1 OS would still feel new.  Motorola and Verizon promised that these would be upgradable to Android 6 Marshmallow but let’s just say that they likely won’t be very quick about it.

Being Verizon phones also means almost 50 (!!) apps are pre-installed including a few that can’t be removed.  There’s all kinds of stuff here with almost a page from Amazon alone, a bunch of games you’ll hate, and the NFL app which you might actually love.

That said, the Verizon overlay isn’t that bad. It looks a lot like vanilla Android did in 5.1 and is fluid. Most of the apps won’t be valuable to the user and of course can’t be deleted, taking up part of the 32GB OS space you are allocated on the Droid Turbo and 16GB on the Droid Maxx. 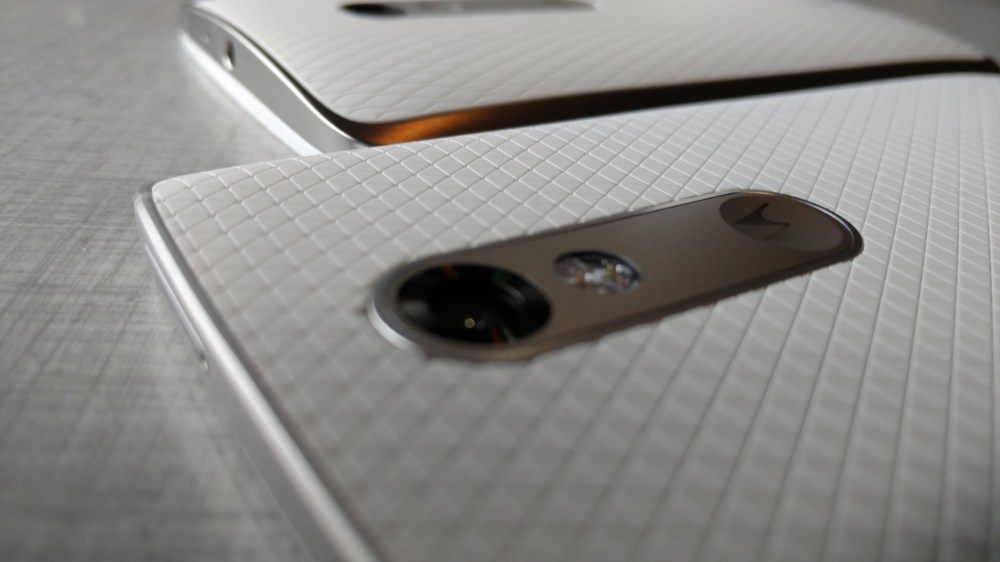 These phones also use microUSB rather than USB-C to charge. That’s good for people like me who have tons of microUSB cables lying around but in about a year that will seem dated when everyone has USB-C stuff everywhere.

Let’s look at each phone separately. 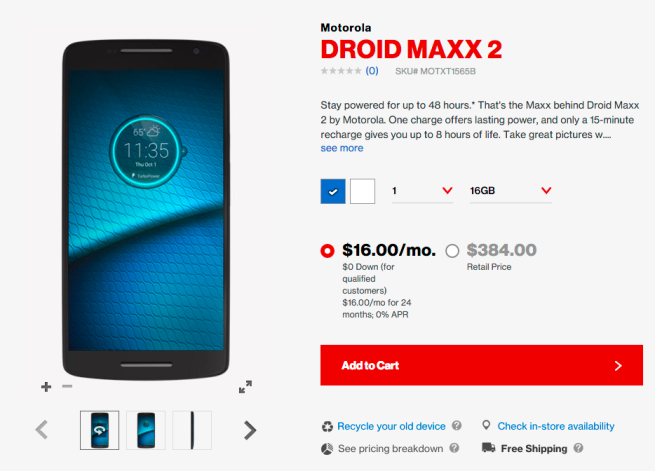 The Droid Maxx 2 is a Moto X Play with Droid all over it.  No one hates bloatware more than me and this one has tons of it. That said, it doesn’t really slow down the experience and the huge 3,630mAh battery has kept this thing chugging for the two days since I received the demo unit. The big 5.5-inch  1080P screen is nice, the camera is solid, and Snapdragon 615 chipset and 2GB of RAM all seem to handle the Droid handicap pretty well especially for the $384 or $16/month.

The quality and variety of backplates is also a welcome addition. The rubberized backs with luxury patterns are as good as I could have expected…and you can change them around to match whatever needs matching. Once you take the back off, you can access….nothing. It is just to change backs and gaze at the huge battery and camera specs. The good news is that you can put 128GB of additional storage in here via the SIM/SDcard slot on top. 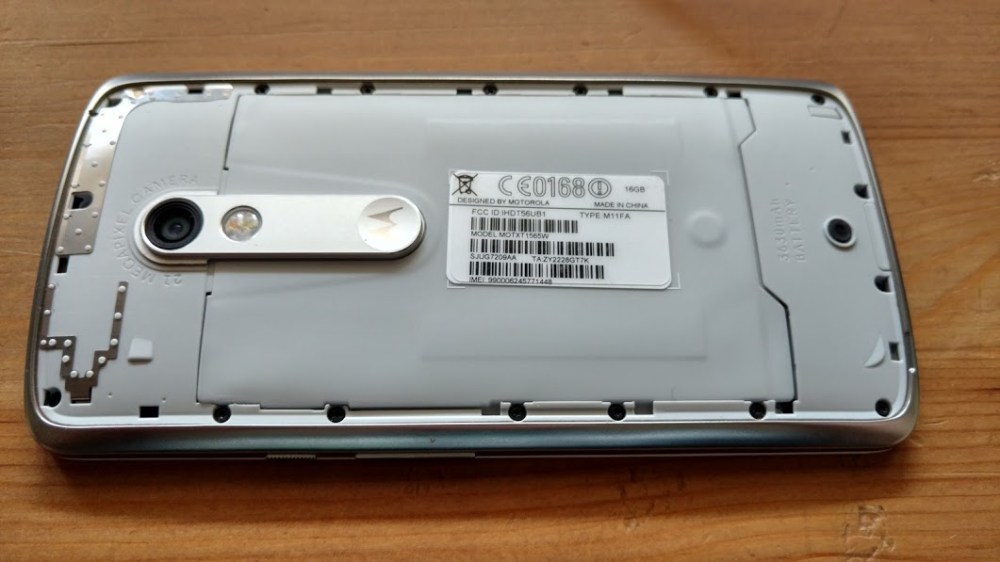 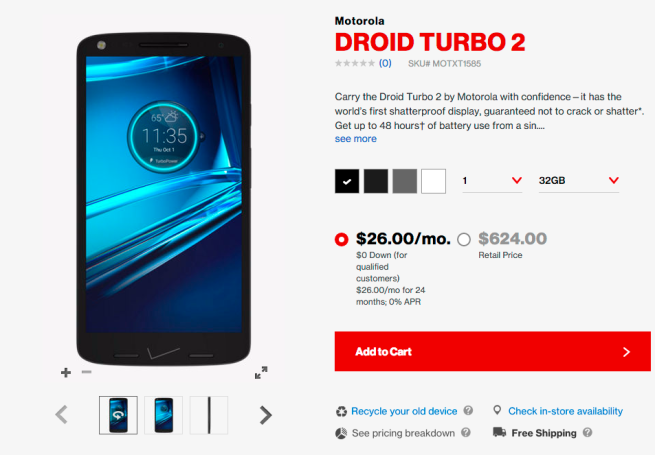 The Droid Turbo 2 actually breaks some new ground. There is of course the 5-Layer Moto ShatterShield Screen which I’ve tried to break at least 100 times on all types of surfaces including cement, pavement, tile, and wood. It just doesn’t break or even scratch. Unfortunately the metal band around the edged does get some scuffs and dents and I imagine with a few years of dropping would probably break. Have a look at the image below: 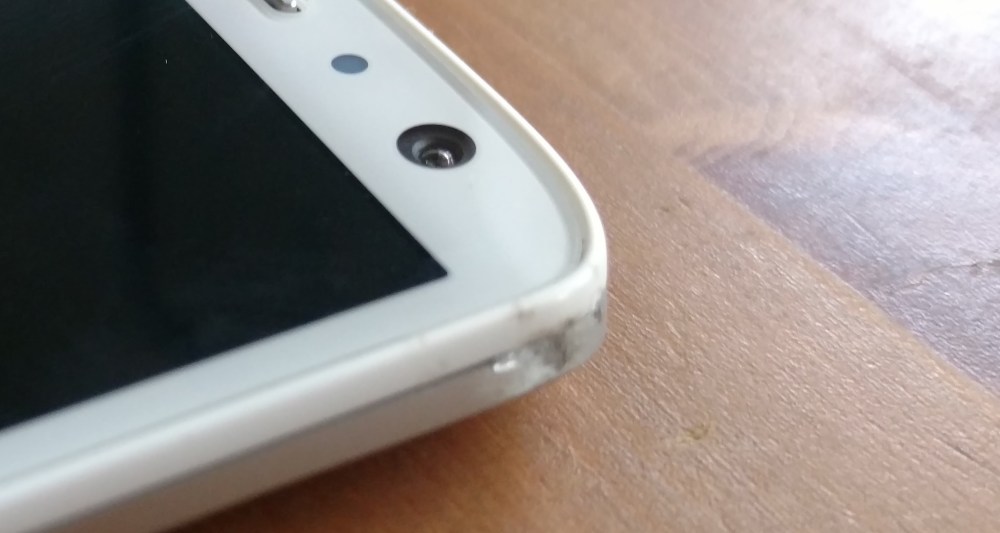 I literally spiked this onto pavement 10 times like I scored a touchdown. The glass is stronger than the metal around it.

This is a $624 or $26/mo, well spec-ed out phone that is almost the exact same size Droid Maxx. The screen is 2560 x 1440 pixels at 5.4 inches=540 ppi, there is 3GB of RAM and a Qualcomm Snapdragon 810 processor. All of these make the Turbo 2 go really fast but not anything you wouldn’t expect from a flagship. The cameras are the same quality 21-megapixel shooters that are built by Sony and DXO loves. I can’t complain. 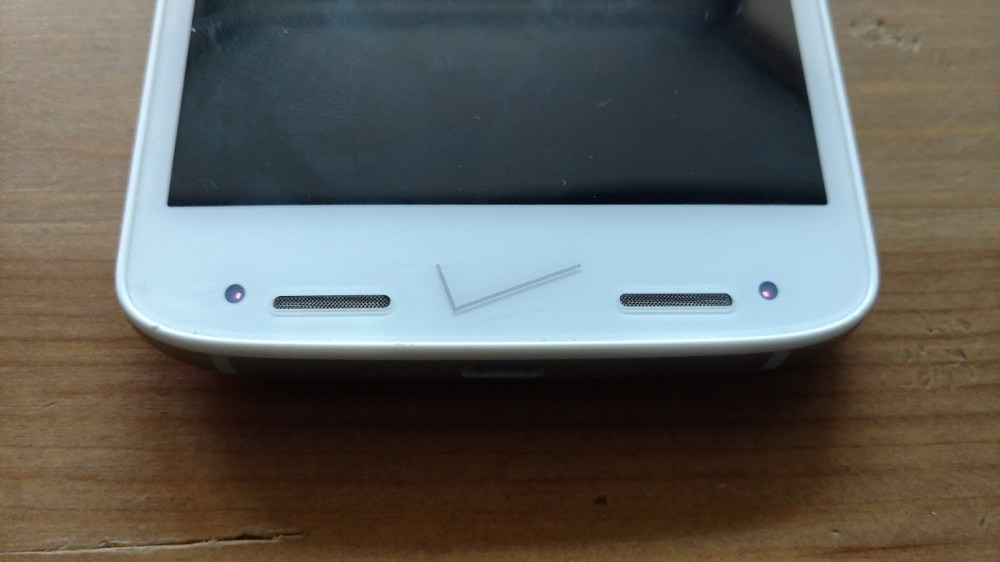 What did impress me more than anything else (besides the glass) was the front facing speaker. With HTC foregoing Boomsound and going to bottom facing and super thin on the A9, this might be the best sounding phone out there. That means music sounds like you have a nice Bluetooth speaker and speakerphone conversations can be had in louder places.  There isn’t stereo separation because the grills are an inch apart but the sound is clean and even has a little bass to it. 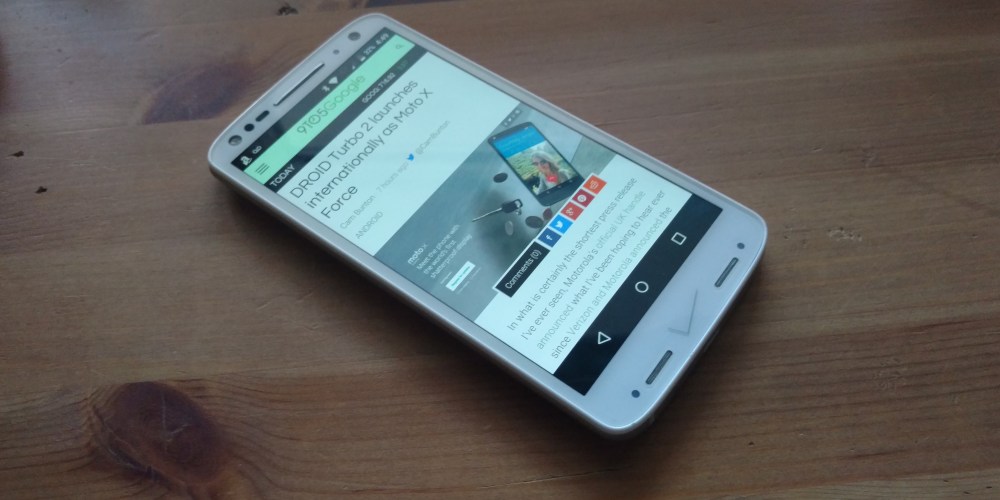 Motorola has made some great phones this year and the Droid Turbo 2 and Maxx 2 are no exception. Price and battery life put the Maxx 2 out in front of the pack. Unbreakable glass and amazing speakers put the Turbo 2 in uncharted territory and represent real innovation that consumers will love. These phones have all of the fun Moto Maker things that the other Moto phones have, as well.

Then there’s Verizon who still has one of the best LTE networks in the US….but this whole “Droid” thing needs to die. The lock in, the overlays, the unnecessary apps. I imagine the Droid brand is appealing to fewer and fewer people and to me it now represents limitations instead of innovation.

The era of a carrier co-marketing a phone is over. You have iPhone, you have Galaxy phones and you have these excellent Motorolas. Droids are so 200L8.