Known stateside for their purchase of Motorola, Lenovo makes and sells their own branded smartphones in China and some European countries. The Vibe X3 continues the Vibe series, but it’s now a lineup of three models. All three share a 5.5-inch full HD Gorilla Glass display and rather serious audio tech, but differentiate in other specs… 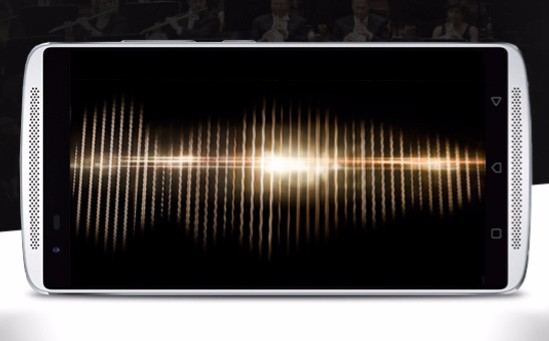 The two higher-end models have a Qualcomm Snapdragon 808 processor (most recently found in the Nexus 5X), and 3 GB of RAM. Both have a 23-megapixel camera made by Sony that can capture video in 4K and an 8MP front facing camera. Additionally, both phones have front firing Dolby Atmos certified speakers and three microphones for noise and echo cancellation. Rounding out their shared specs is a 3,600 mAh battery with Qualcomm’s Quick Charge 2.0 technology.

The third lower model uses a Mediatek processor and only has 2 GB of RAM. The camera is 16-megapixel with the front facing being 5-megapixel. The battery is lower at 3,400 mAh though is removable. At CNY 1,899 ($300), this model carries the same audio set-up as its higher-end brethren. It is unknown of these models will be released outside of China, though that seems unlikely as Motorola is Lenovo’s western brand.

All of this said, it’s great to see Motorola’s design language slipping into the Lenovo-branded phones.