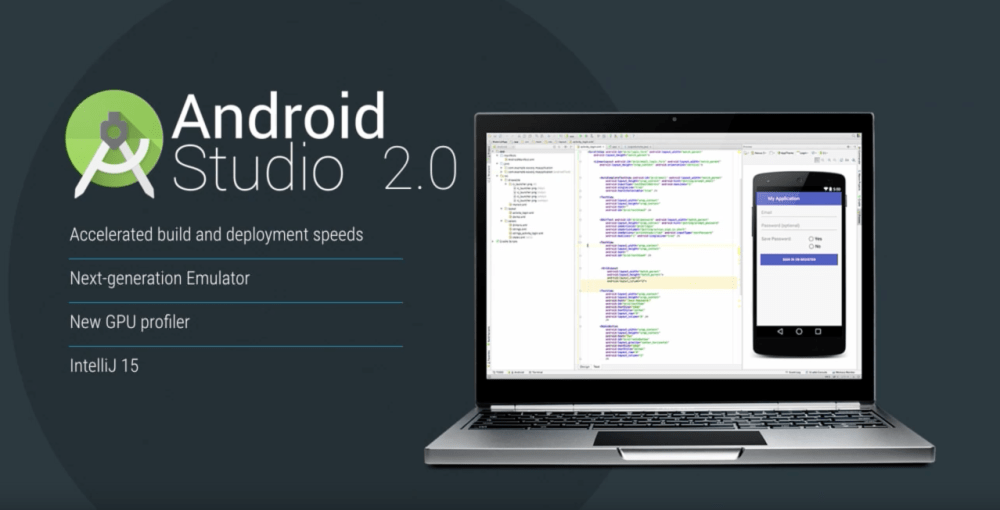 Google has today launched Android Studio 2.0, the first major update to the company’s IDE since it saw its original stable release in December of last year. Among other features, Android Studio 2.0 brings a revamped Android emulator, a new “Instant Run” feature, and more…

One of the big updates coming with 2.0 is apparently deployment speeds, with Google telling TechCrunch that the new version can do a full build “2x to 2.5x faster” than previous releases. The emulator is also getting some new features, including the ability to resize the window to test different screen sizes, a new interface, and the ability to test different connectivity states for networking and GPS.

The big headlining feature for developers, however, seems to be what Google calls Instant Run. With this new feature, you can see the changes you’re making in your code on your device or emulator faster than ever before. To turn on the feature for pre-existing apps opened in Android Studio 2.0, head to Settings → Build, Execution, Deployment → Instant Run. Projects created under Android Studio 2.0 will be set up from the get go.

There’s also a preview of a new GPU Profiler. Google says that this lets you “record entire sessions and walk through the GL Framebuffer and Textures as your app is running OpenGL ES Code.”

You’ll find version 2.0 of Android Studio as an early preview in the Canary channel. Google says that it plans to go through the entirety of Android Studio 2.0’s new features at the Android Developer Summit (which is going to be livestreamed on Monday and Tuesday).