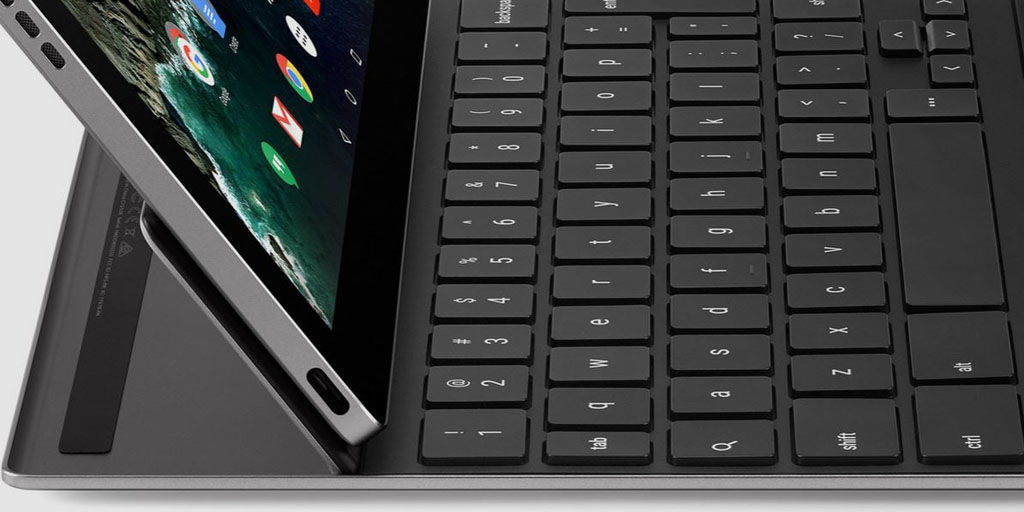 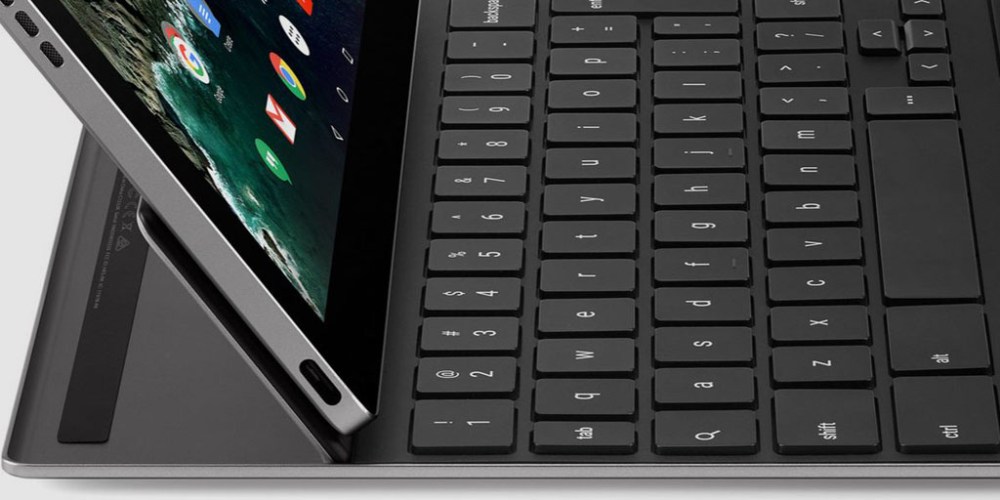 Affirming last week’s rumors, the Pixel C is now available for purchase. Android on tablets have had a varied history and unfortunately this one suffers from the same usual friction of putting what is essentially a phone OS on a large screen. However, the device is not completely without merit on the hardware side and accompanying software updates might change that in the future.

The Pixel C is universally praised for its beautiful hardware design inspired by the Chromebook Pixel. Google can without a doubt make good hardware, The Verge:

The Pixel C has straight, squared off edges — you can trace the design language straight back to the Chromebook Pixel. But it isn’t a slavish port from laptop to tablet. It’s designed with slightly curved edges and dual speakers. There are no creaks or weird misaligned ports and buttons like we often see on Android tablets. Google’s Pixel team has only ever made beautiful-looking hardware, and the Pixel C is no exception.

Build quality-wise, it can stand up to an iPad, though heavier and thicker. The Pixel C is undoubtedly the best Android tablet ever made, Ars Technica:

The glass and aluminum make for a very solid, premium-feeling device. It’s a night and day difference from the HTC-built Nexus 9, which had a loosely fitting plastic skin that would actually deform with just a light touch. The Pixel C’s build quality can stand up to an iPad, but it is 80g heavier and 0.9mm thicker than an iPad Air 2. You do get a slightly larger screen and a much bigger battery, though.

Equally well designed is its “full keyboard” accessory. Mashable particularly likes how when attached together the keyboard sticks firmly to the Pixel, allowing people to “pick up the Pixel C by the keyboard just like you would with a real laptop — something the iPad Pro and Surface do not let you do.” Furthermore:

The keyboard also happens to be excellent. It’s debatable what constitutes a “full size” keyboard these days (Google claims it is), although the Pixel C’s Enter and Tab keys are very much on the small side. Still, typing on the chiclet-style keys feels great, and I rarely missed a keystroke. In short, I could just sit and work without thinking about it.

Though Bluetooth is an ever present scourge that interferes with the typing experience, The Verge:

The Pixel C seems to just have a stutter-step in the Bluetooth connection from time to time. When it drops, nothing registers for a few seconds.

During the device’s launch, the Pixel team made a big deal over the tablet’s 1:√2 aspect ratio, the same ratio as a standard A4 piece of paper — the benefit being when the screen is cut in half, each still keeps a 1:√2 ratio. Despite this, there is no split screen mode in Android 6.0.1. On that, the real complaints about Android begins, Mossberg:

Even though the Pixel C is a Google hero product, it lacks the software to make it great. As on Android tablets from other companies, almost all the Android apps I used on the Pixel C looked like blown-up phone apps. It doesn’t appear that Google worked with key third parties to take advantage of the company’s first-ever tablet hardware.

Android apps are not good on tablets, and that problem is mitigated on a 7-inch screen like the Nexus 7 where it’s small enough that apps look decent. Any bigger and they go downhill, though, says WSJ:

Android apps don’t help, either. Most are designed for the smaller, vertical smartphone screen—not a bigger horizontal tablet. You won’t notice it when playing games or watching YouTube, but open Twitter and your exciting feed is surrounded by boring white space. In Slack, images in my chats were stretched and distorted to fit the wider screen

This is far for a new problem, but you would think Google’s premiere tablet (both in cost and quality) would get some optimization at launch. The only thing the Pixel C gets is an updated bottom bar that moves the back and home button to the far left and the multitasking button to the far right. Ars notes how the device does not have always-on “OK Google” detection. That, along with the lack of dual-screen, really does make it seem that the software on this tablet is not ready for primetime.

It is worth asking why the Pixel C exists, Mashable:

The Google Pixel C is the best Android productivity tablet, but is that even a thing?

Does anybody really want to get work done on an Android tablet? The Pixel C and keyboard combo takes you to $648. You can get a great Chromebook for significantly lower and you’d have a much more productive device. The genesis of the Pixel C comes from the Pixel team making really good hardware to see what the Android team could do with it, but so far we have yet to see the fruits of that labor and it’s ultimately to the detriment of whether anybody should buy this device.

There are rumors that Android 6.1 is already in the works and targeted for early next year, but until then the case for this tablet is really hard to make.