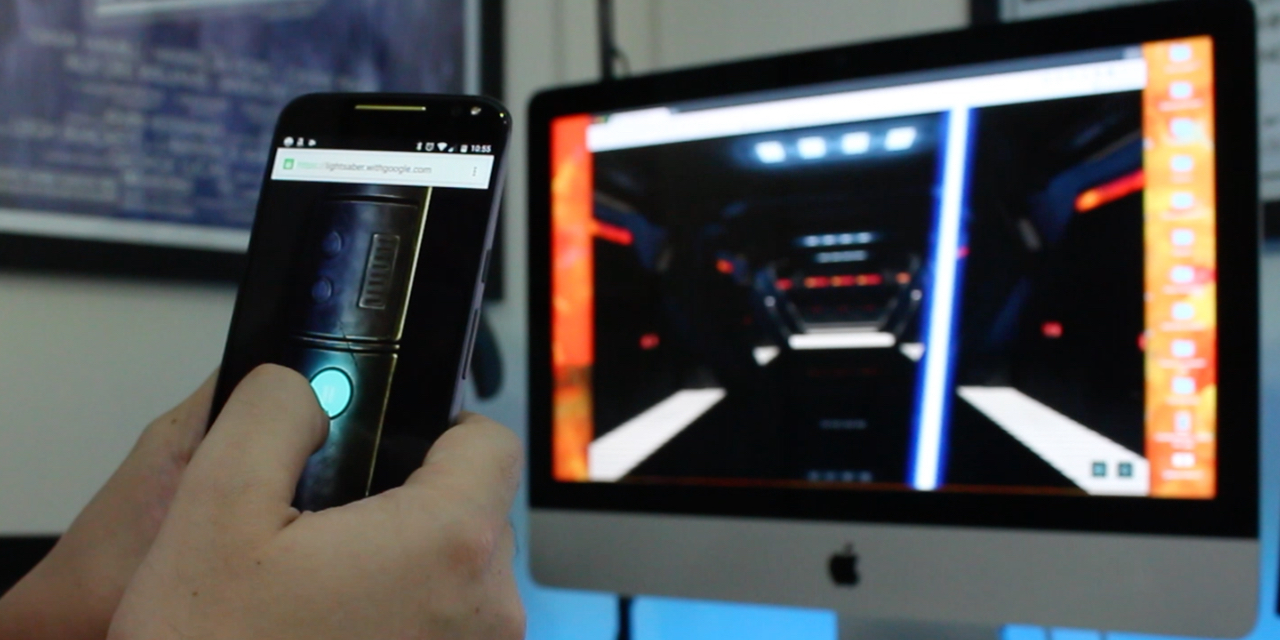 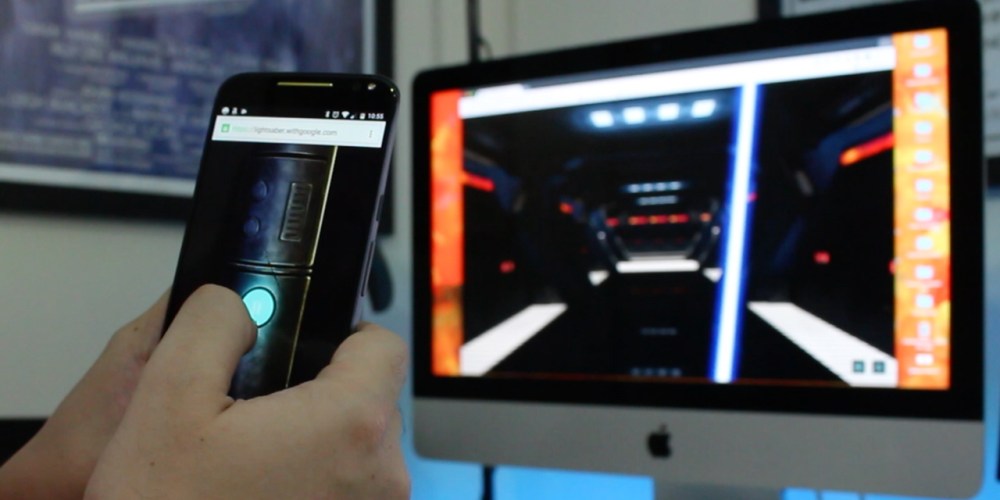 As we know, Google has gone all out Star Wars this year; theming Chrome, Gmail, YouTube and other services with the movie’s imagery as well as launching custom Star Wars Cardboard headsets. With the Star Wars showings now kicking off around the globe, Google has saved the best until last. ‘Lightsaber Escape’ is the company’s latest Chrome Experiment, and ties in a number of modern browser-based technologies to make your smartphone and Chrome desktop browser work together.

Simply head on over to g.co/lightsaber and follow the instructions on screen. It’ll ask you to visit a specific web address on your smartphone. Once you’ve done that, the phone and desktop browsers talk to each other, and ask you to hold your phone vertically to calibrate it. Once calibrated, your phone is the handle of the lightsaber, while the ‘blade’ appears on screen and responds to your movements. The aim: Get out of the Star Destroyer and kill lots of Stormtroopers. It’s pretty awesome.

Google’s team developed the game in collaboration with Disney, Lucasfilm and Industrial Light & Magic, and was built using WebGL for high resolution 3D graphics, while using WebRTC and WebSockets for fast, accurate and responsive communication between the mobile and desktop browsers. This is one of just many Star Wars experiences launched by Google. If you have a Cardboard set of any kind, you can also head on over to Google.com/starwars and explore Jakku Spy using your headset.