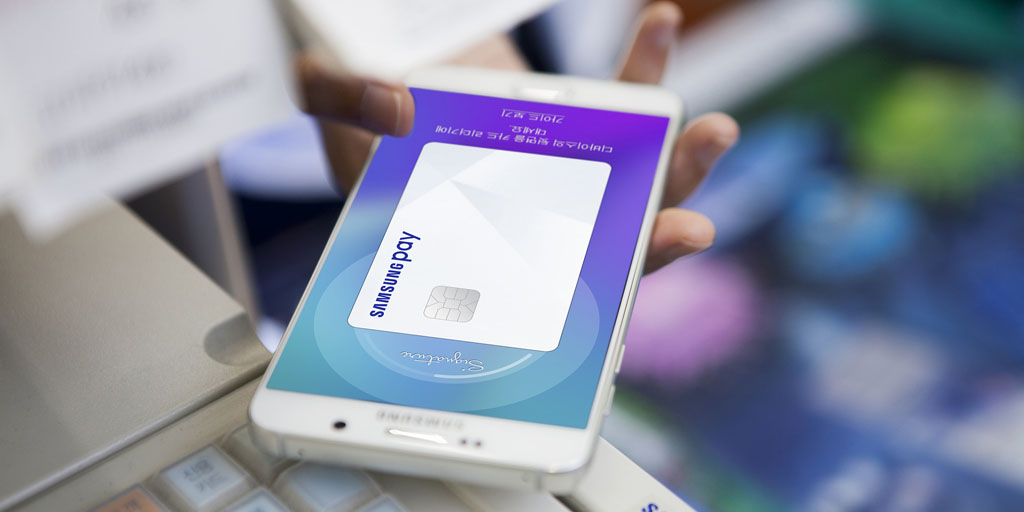 New data released this week from Strategy Analytics shows how global smartphone shipments and marketshare from major brands has changed between 2014 and 2015 as well as the holiday quarter from both years.

Insights that standout include Samsung remaining on top in both metrics, and regaining marketshare during the recent holiday quarter. Meanwhile, Huawei has hit a new milestone for the brand with its 2015 smartphone shipments.

Leading the top in both smartphone shipments and global marketshare both years is Samsung. The company shipped 81.3 million units during the most recent holiday quarter, compared to 74.5 million during the same quarter a year ago. Year over year, Samsung’s units shipped increased from 317.2 million to 319.7 million.

And in global smartphone marketshare, Samsung took a dive as Apple and Huawei made gains. Samsung captured 24.7% of the space in 2014 then dropped to 22.2% last year while still remaining on top. Despite the year over year loss, Samsung went out strong in the holiday quarter with 20.1% marketshare for the period versus 19.6% marketshare during the same time a year ago.

And Huawei notably hit a company milestone in 2015 as it shipped 107.1 million smartphones in total, joining the likes of Apple and Samsung ranking selling triple digit numbers. That number is up from 74.1 million over 2014. Huawei’s holiday quarter also saw an increase in shipments with 32.6 million up from 24.1 million the year before. Global smartphone marketshare is still being owned by the likes of Samsung and Apple, however, with Huawei climbing up from 5.8% to 7.4% year over year.

Also of note, in total Strategy Analytics says the total number of smartphones shipped globally in 2015 hit 1.4 billion units, up from 1.2 billion the year prior, marking a 12% increase. 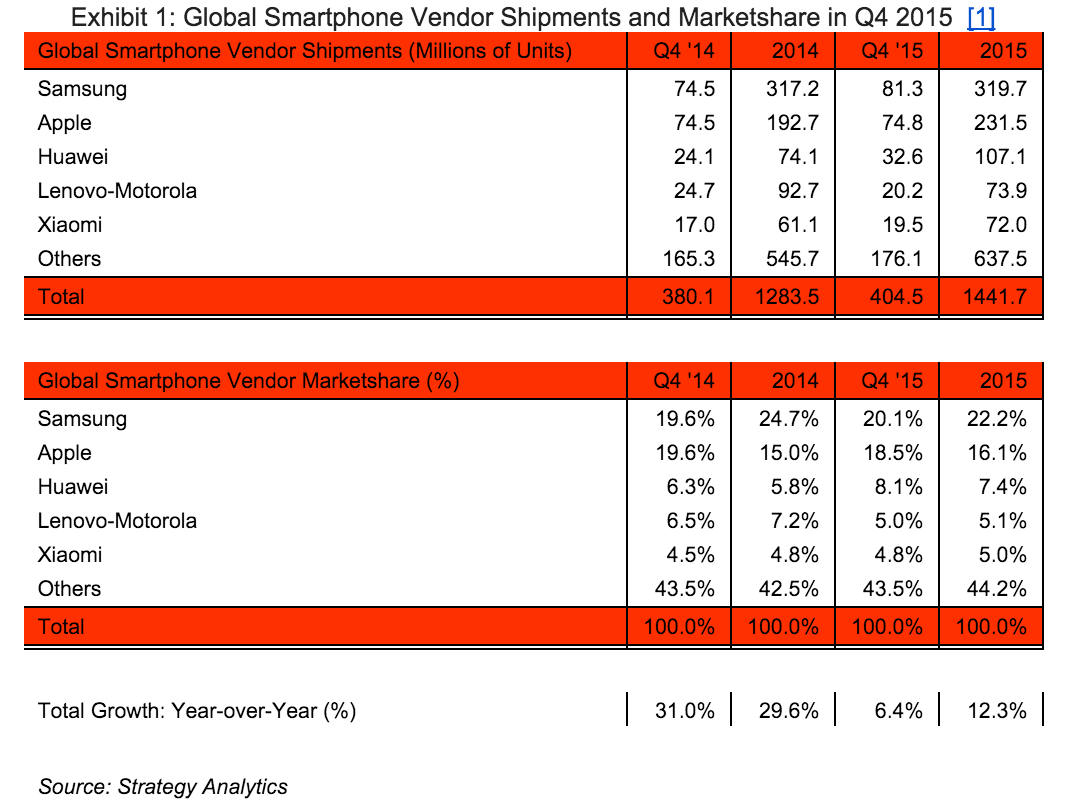 One last interesting detail: Counterpoint says that 850 smartphone brands were competing in 2015, but the top 20 brands maintained 85% of total smartphone shipments.

The major takeaway the new Strategy Analytics data is that Apple’s perhaps temporary peak iPhone quarter indeed suggests the company will need to look to emerging markets for new opportunity, and Huawei has gained steam while Samsung remains on top for now.