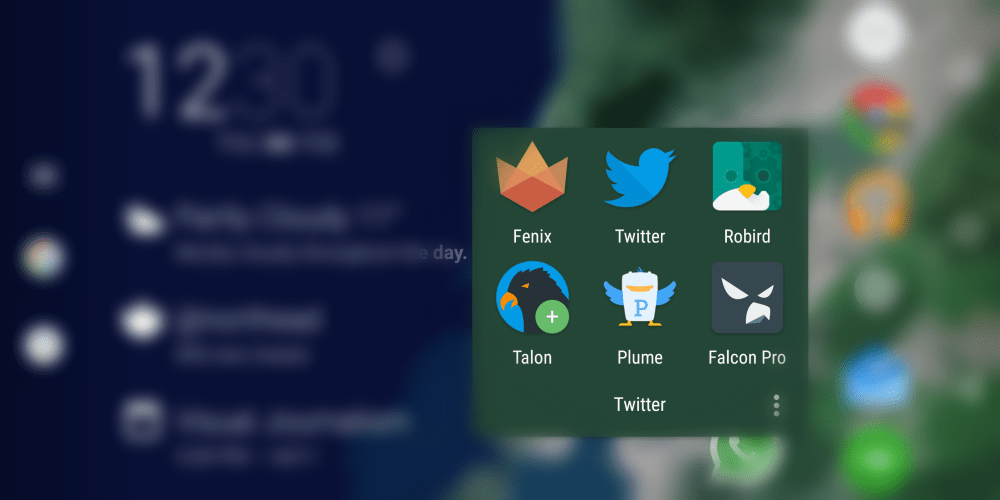 Android is an operating system better known for its openness, which means users can enjoy a great deal of customizability and overall choice. It goes far beyond picking up a shiny wallpaper: you can choose your own default apps, tweak the notification center with widgets, add those widgets to your homescreen, and switching to a whole different launcher is an app install away.

That’s why Android users are accustomed to using products and services that go beyond the stock options offered out of the box, and know that the Play Store is quite the well to draw from. Twitter clients are no exception, so keep reading for our roundup of what we think are the best alternatives to Twitter’s default offering…

Twitter is one of the most popular social networks out there (at least for now), but its official app leaves a lot to be desired.

Two years after the introduction of Google’s visual overhaul — Material Design — the app still does everything but comply to its standards, leaving a bitter iOS-ish taste, while using space poorly, showing annoying sponsored tweets, and offering an overall lacking experience that features such as “Moments” or “While you were away” don’t always make up for.

The UX is all the more dissatisfying especially when compared to third party clients, which despite Twitter’s strict policy regarding tokens and APIs’ usage still flourish on Google’s virtual marketplace.

Let’s take a look at a few of them.

During the Ice Cream Sandwich and KitKat era, Falcon Pro was the king of Twitter clients. It was smooth, reliable, full of features and had a modern look. Its development, however, tumbled when the app reached the 10k tokens cap imposed by Twitter, and despite a clever workaround devised by developer Joaquim Vergès, it had its days numbered.

A little over a year ago, however, the dev returned with a completely re-written app, named Falcon Pro 3, which building upon its predecessor’s foundation brought a few interesting features to the table.

Its main focus revolves around the idea of a UI built on columns and a plurality of accounts; everything lives inside its own list, and columns can be rearranged at the user’s will, even mixing multiple accounts. 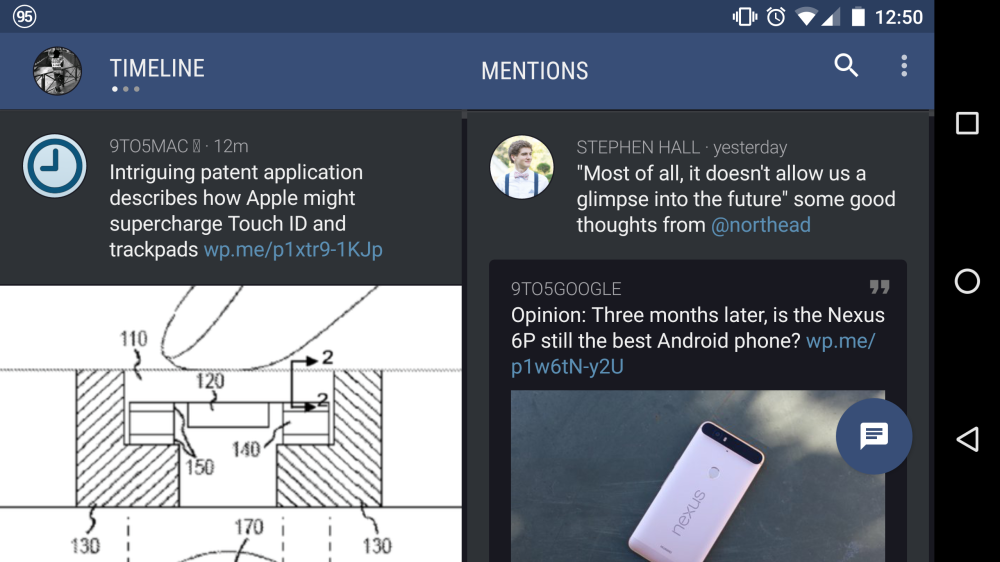 With a few nice animations here and there, smooth performance and all the the other basic features you would expect, at $3.99 — with $1.99 for each extra account — Falcon Pro is absolutely worth looking at. 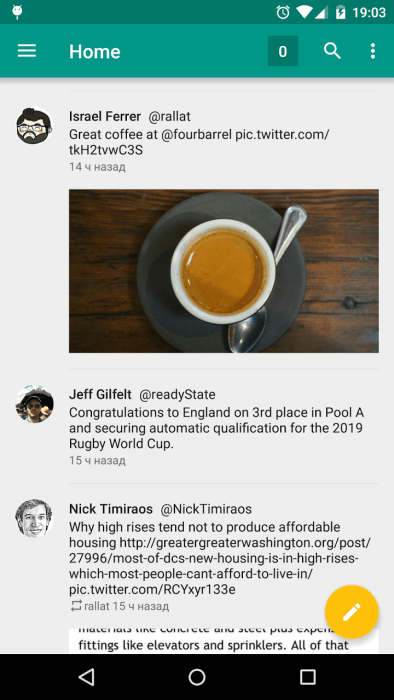 Much like Falcon, Robird saw troubled development which brought the Azerbaijan-based developer to completely rewrite the app last year.

Robird was a very decent client back in the KitKat era, but like many others, it was scratched in favour of a new version built specifically for the newer software, taking advantage of the vast array of newly introduced APIs and whatnot.

Among its key features are a ‘Normal’ as well as a ‘Compact’ timeline, a fast in-app browser (based on Chrome’s custom tabs), and a list support with offline reading and background updates.

It was built with Material Design in mind, and while it doesn’t exactly sport jaw-dropping animations, the feeling is one of a modern app, which most of all focuses on finding a good compromise between standard features and pleasing visuals.

The overall experience, in fact, is based on simplicity and cleanness, so if the lack of all sorts of aesthetics-related bells and whistles doesn’t bother you, there’s no harm in giving this client a shot, as all the basics are covered.

Just bear in mind that the app, despite being free to install, offers a multitude of in-app purchases, normally ranging from 1 to 4 dollars, but if you get it now an intriguing $0.99 will unlock all the features.

Plume is another famous third party client, and one of the first to have ever hit the Play Store.

Much like Robird and Falcon, it’s pretty fast and fluid – actually smoother than the other two even on lower end devices – and its UI manages to cram a good amount of tweets while keeping images’ previews big using horizontal space.

It doesn’t have many gestures, but the long press on a tweet to open a link (if present) is pretty handy, while an inexplicably stupid design decision asks for a second, additional swipe to reveal quick actions such as reply, retweet and like, normally hidden under either a single or a long press. 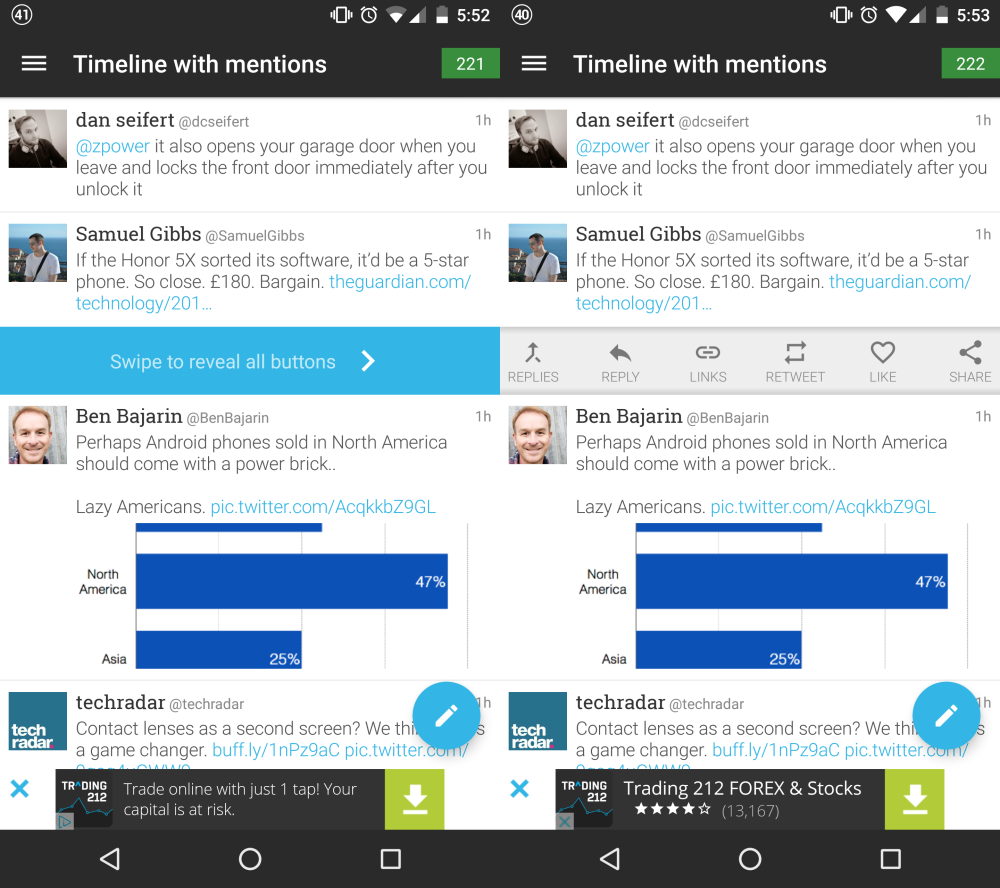 While not exactly being an exemplar Material Design showcase, Plume also offers a slew of customization settings, which allow you to change literally every color, from links (which can be shown as underlined) and the names/handles down to the single tweets’ cards.

It’s free, but a $5 one-time purchase gets rid of the intrusive ads. 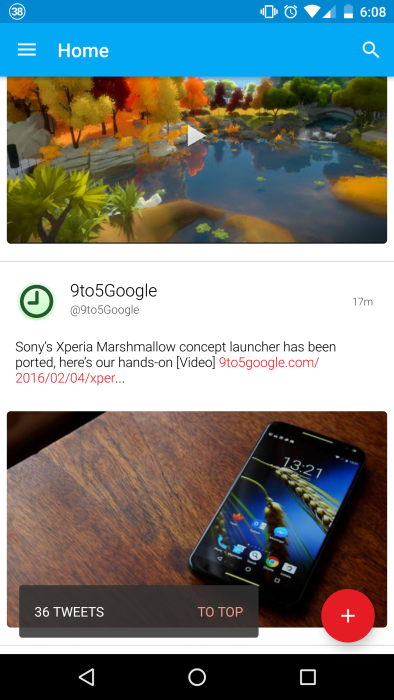 Speaking of Material Design, no Twitter client comes even close to Talon’s implementation. In fact, this is not just a well done Twitter app Material-wise, it’s a gorgeous one period.

Everything is animated, colorful and intelligently utilized in terms of space and expanding surfaces, which make the whole experience simply a joy to use. Visuals, however, are just a part of the UX, which ultimately comes down to a neat, powerful and extremely customizable app.

One key feature of Talon is its ‘Snackbar’, a handy horizontal strip that resides at the bottom of the page and tracks the number of tweets from the top.

Unlike the many tweet-counters present in basically every app, this one works backwards as well, meaning that if you were to accidentally scroll all the way up to the top, you could go back to where you were and have your tweets still counted.

It’s really convenient, and like the rest of the UI it gets out of the way when you’re scrolling; something that at least partially makes up for the poorly-utilised space, which favours clarity over information density, especially if you go for a big images’ preview.

Talon Pull (its customised push-like notification system) is also really good to keep yourself constantly on top of things, but may hurt your battery significantly, as the developers themselves warn.

Its $4 price-tag is absolutely worth it, and you can rest assured that the Klinker brothers (the developers behind other famous apps like EvolveSMS) will keep the app constantly updated.

If I were to name the ‘best’ client out there, however, I would have to give the gold medal to Fenix. It doesn’t have the complexity of Plume, nor a particular focus like Falcon, and it’s far from a masterful Material Design implementation like Talon. However, it covers the basics better than any of the previous clients, and then some.

It has basic aesthetics features, like the usual selection between a white, dark or black theme and the choice for a custom main colour, but Fenix is not the client you use if that’s what you’re looking for. 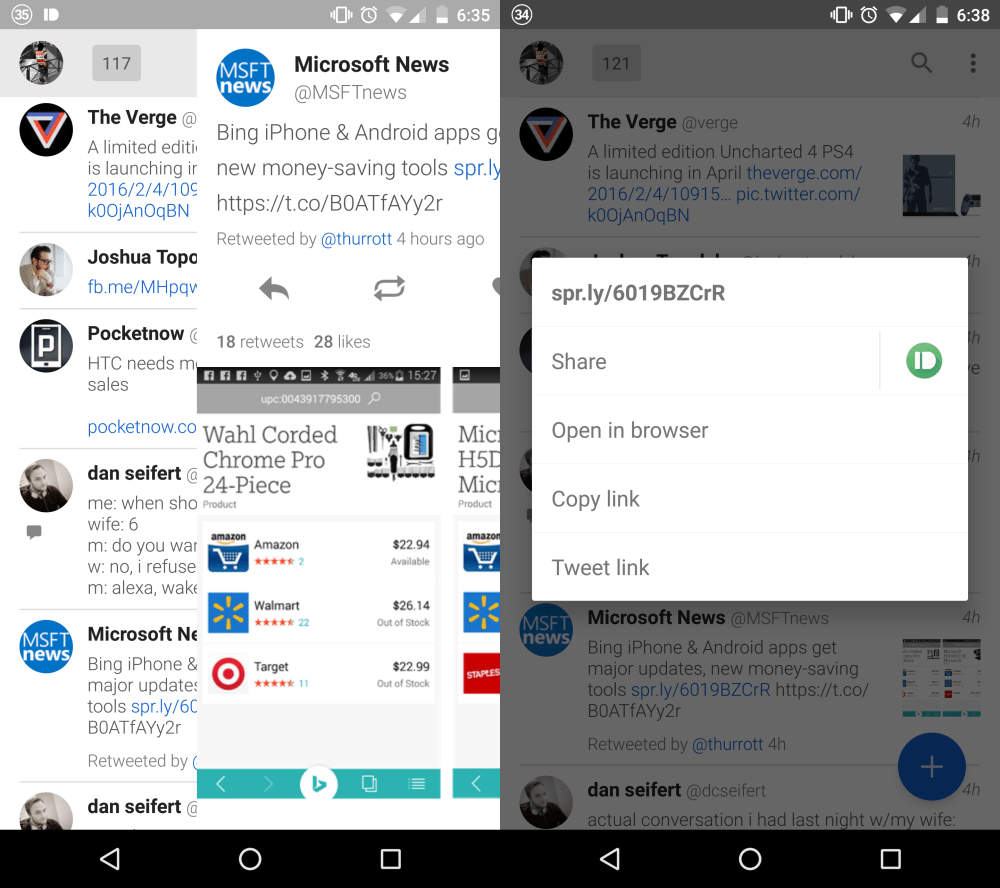 Fenix is good because it’s incredibly fast, it uses handy gestures across almost the entirety of its UI, and has incredibly useful tweaks like remembering the last app you shared a tweet’s link with as well as small images’ previews conveniently stacked on the right. It’s the kind of things that makes the difference on the long run, and the ones you have a hard time going back from.

It could be considered an overall barebones experience, and rightfully so, but definitely in a good way. At $6, it’s pretty costly, but it’s indeed worth every penny.