Update: A new hands-on video shows the $4 iPhone clone in all its glory (embedded below).

We told you earlier today about the insane $4 Freedom 251 phone, and now at least one publication has managed to get their hands on the device. Initial impressions aren’t great, and it looks like this phone — unsurprisingly — is just a mess of copyright infringement. Not unlike many other low-end offerings from dozens of overseas manufacturers, the phone pulls a lot of “inspiration” from the Cupertino company’s smashing successes…

First up, the phone apparently looks pretty much as close to a knock off iPhone 5 as any phone ever has. This “preview” version of the phone that Ringing Bells is sending out to the media has a very familiar external appearance, including a speaker grill on the bottom and even a metal ring around the home button that looks a lot like Touch ID. That said, the model that Hindustan Times received from Ringing Bells (pictured below) doesn’t look at all like original press renders from the Freedom 251 website, and still looks slightly different than the model currently being shown on the site (which looks mysteriously like an Adcom phone that’s already available).

Amazingly, HT reports that the phone they received from Ringing Bells had an Adcom logo intact, but that it was “covered up with whitener.” If that’s not sketchy, I don’t know sketchy. Here’s what the preview phone that HT received actually looks like: 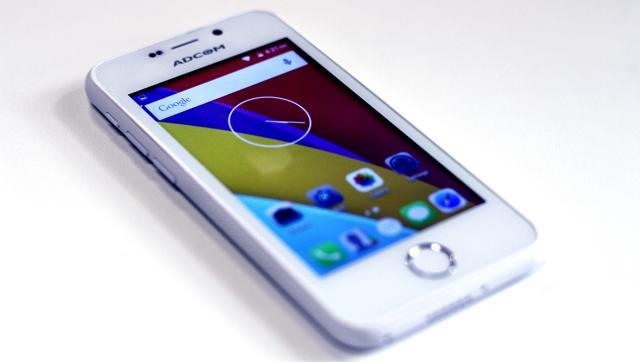 But beyond being an obvious iPhone knock-off (albeit a decent one if this phone does indeed launch for a measly $4), it’s particularly sad that the phone’s home screen icons seem to be not just a clone, but a copy/paste job of those on the iPhone. As you can clearly see below, the phone sports the exact same icons as the iPhone’s Safari browser, Calculator, Camera, Clock, Contacts, Mail, Messages, Music, and more.

While this isn’t a first, it might be a first for a phone that’s being “launched at a high-profile function attended by [India’s] defence minister Manohar Parrikar, senior MP Murli Manohar Joshi and Madhya Pradesh legislator Omprakash Sakhlecha in Delhi at 7pm.” 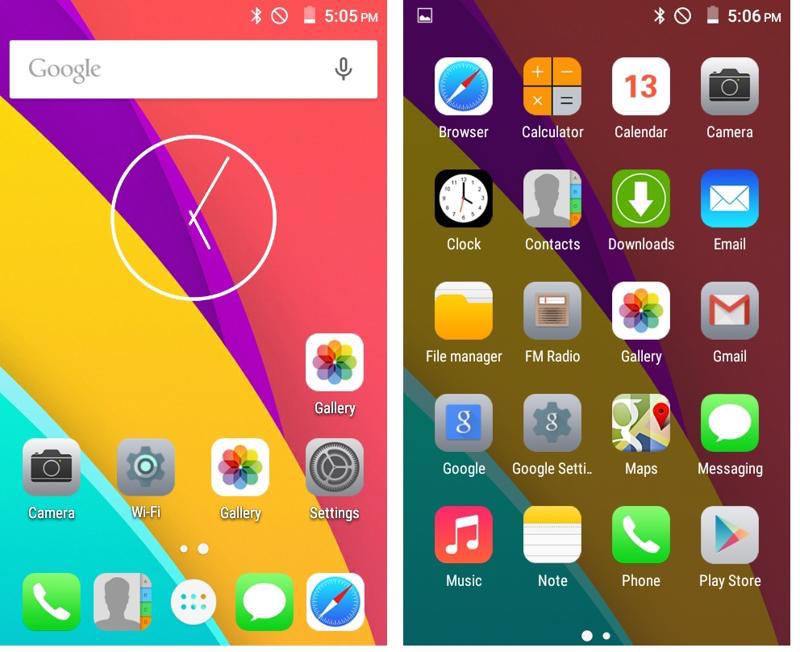 The phone, amazingly priced at 251 Indian Rupees (just under $4), boasts a 4-inch display with a qHD resolution IPS panel (960 x 540), 1GB RAM, a 1.3GHz quad-core processor, and 8GB of expandable internal storage. There’s also a 1,450mAh battery, a 3.2MP main camera, and a 0.3MP front camera. If this phone manages to actually ship to customers in the coming weeks in this state, I can’t see the Cupertino company being very happy.