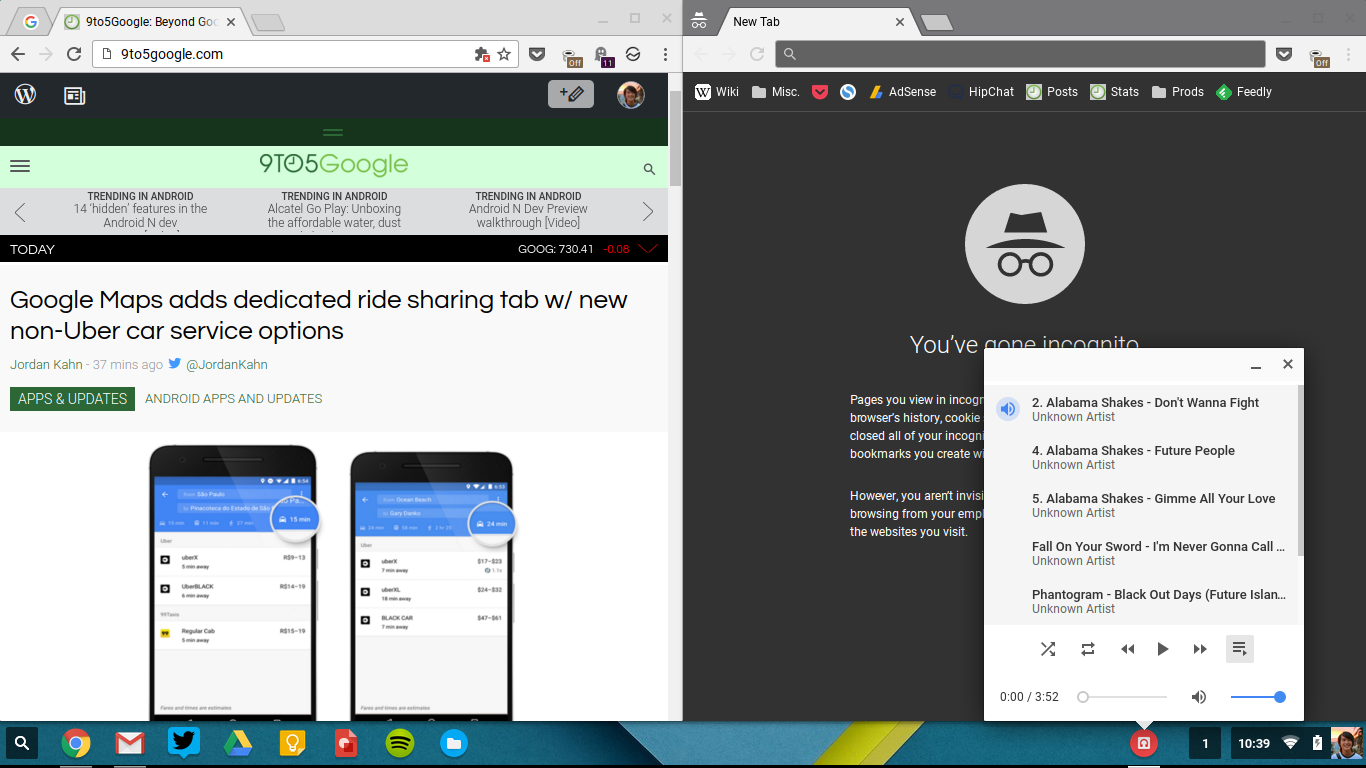 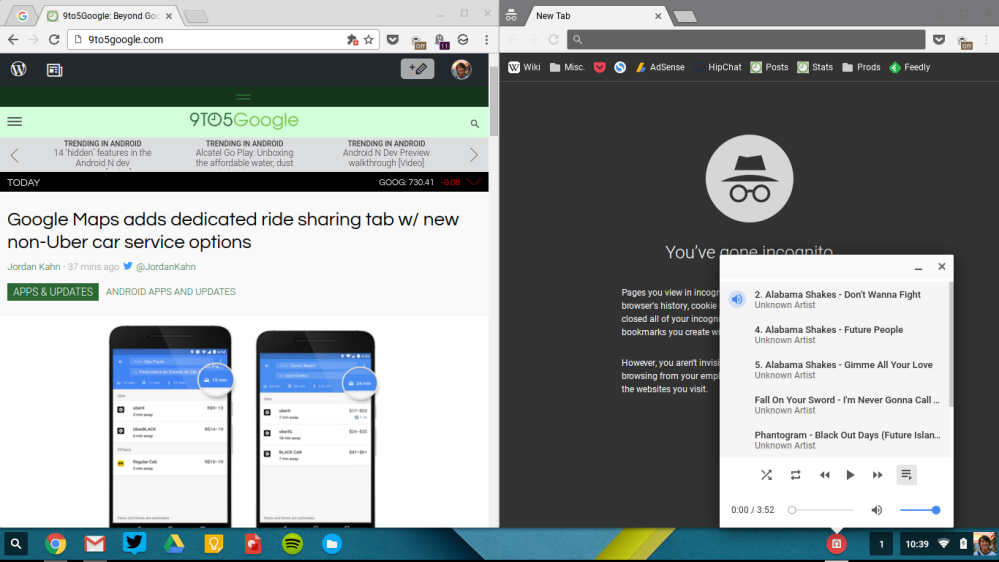 Chrome 49 was released earlier this month to browsers and Android. It added many new APIs and under-the-hood changes for developers, but was mostly lacking new user features. Version 49 for Chrome OS, on the other hand, introduces a Material Design audio player and provides an updated look at what the Material redesign of the browser will look like.

The last update to Chrome OS introduced a Material version of the video player. This version gives the Audio Player a similar refresh. While most of the functionality remains the same, the app is now much cleaner with better spaced buttons. Additionally, it finally has support for album artwork. The files app will also show artwork for audio files and will show a small preview for videos.

Google announced last month that Chrome 50 will bring a Material redesign to desktops and Chrome OS. Starting with the last version, users could enable flags to see the new design ahead of time. This version has updated the look and reveals much taller and sharper angled tabs. This is likely not the finalized version, but it is getting closer to Google’s screenshots of the new look.

This update also adds the ability to choose new keyboard layouts and a new notification for the Chromebook Pixel. The update is rolling out now to all Chrome OS devices. 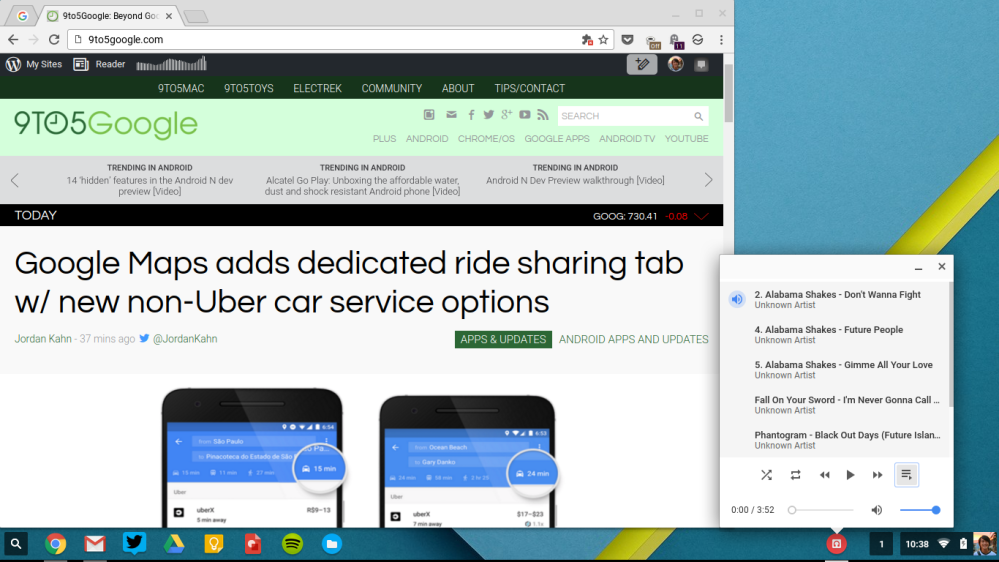