As Regina Dugan heads to Facebook, here’s the story of her polarizing first meeting at Google 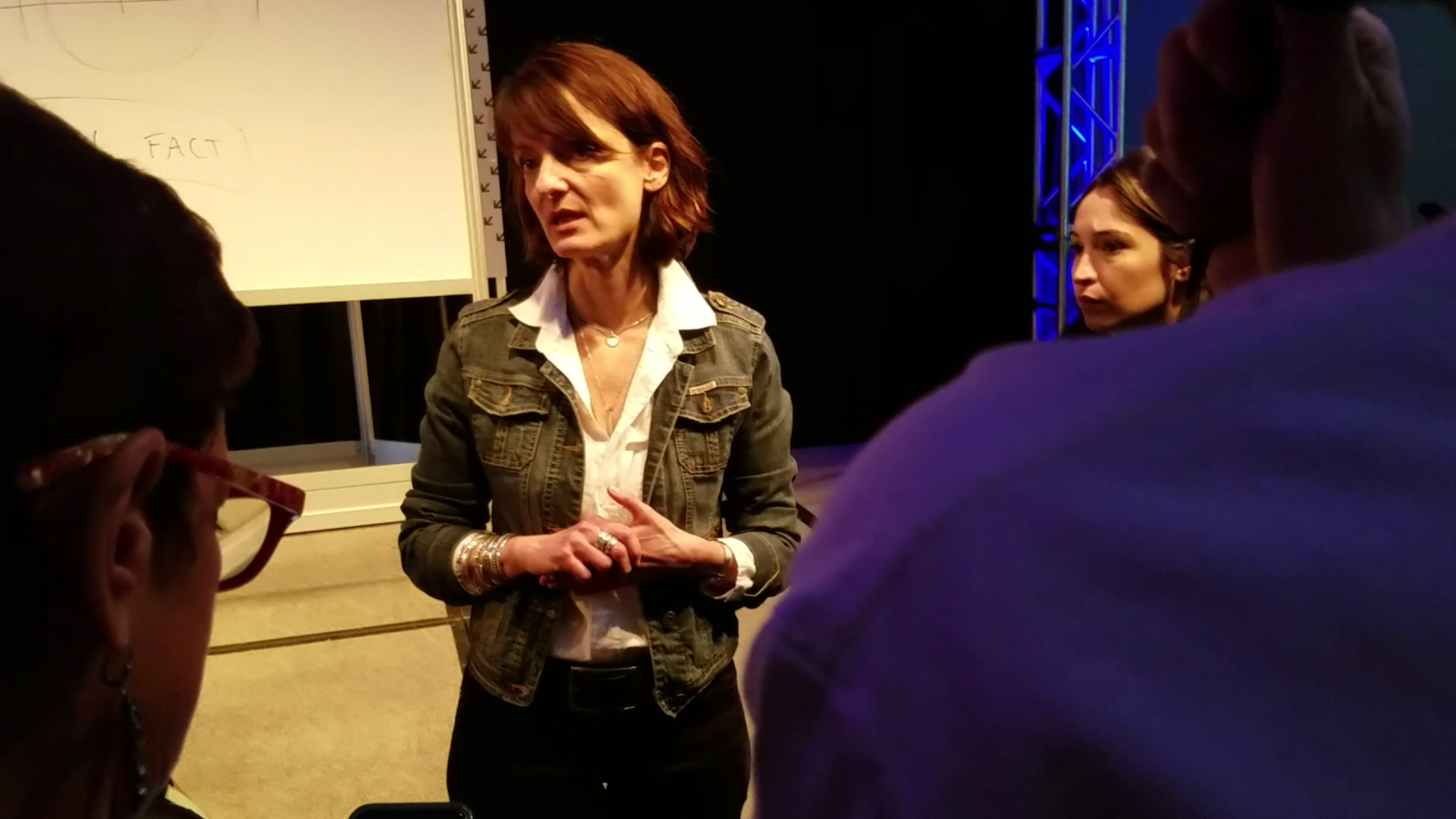 Regina Dugan recently left her position heading up Google’s Advanced Technologies and Projects group to lead a new hardware initiative at Facebook. That’s obviously not great news for Google, as Dugan was the head of many of the company’s growing ATAP projects (including Ara, the company’s ambitious modular smartphone project). But maybe it was inevitable.

Dugan’s position at Google has been a weird one from the start. Silicon Valley’s super-fast reckless “break things fast” mindset that she was quickly confronted with upon arriving at Google conflicted with her many years of experience at the United States government’s Defense Advanced Research Projects Agency. Recently, she highlighted this in a story of her first meeting at Google…

I had the special opportunity last month of watching what may have been Dugan’s final public talk as an employee of the Mountain View company. She was at SXSW in March to talk about ATAP during her appropriately-titled “Making Epic Sh*t” session, but the talk turned out to be essentially a rehash of the excitement-filled expletive-laced keynote she gave at Google I/O 2015. That was disappointing to say the least, but not unexpected as Google has never really used SXSW as an avenue for new information about its projects anyway.

Thankfully, she spent a lot of time with myself and a group of about 15 others after the session to talk in more detail about how ATAP operates, how she approaches leading its numerous projects, and how the culture at Google differed from that of DARPA. Specifically, she talks about her first meeting at Google, where she — for a while at least — felt like a fish out of water. The way Google operates just didn’t make sense to her yet, and while she has embraced many of Google’s (and Silicon Valley’s) values today, it’s still an interesting account of the culture shock.

So here’s what life looked like when I was the director at DARPA: colonel by me, walk into a room, very precise agenda. We were scheduling things on 15 minute intervals. You had to do 17-20 transactions per day, and by that I mean meetings and so on — in order to just keep up. We started our day at 7:30 in the morning. We did pre-read for the day, went through the whole day, we did end of day, then I got my binder for the next day. That’s what my days looked like. You walk into a room, everybody stands up, we sit down, we do the meeting, everybody knows why they’re there, what we’re supposed to do — execution very efficient. We got a lot of shit done. A lot of shit done.

People started laughing, and then people went on with the meeting.

So now, dial forward, and I go to my first meeting at Google. Which as you might well imagine did not look like that. I walk into my first meeting and there’s maybe 12 people in the room and I can’t tell who’s in charge, and I’m not sure there’s an agenda. And somewhere in the meeting someone says “Hey we should really get that done next week.” And I’m like, “Who’s writing that down?” I don’t see anybody writing it down. So I put my hand up. Literally this happened. And I say “Hold on, hold on, hold on, what does that mean? We should get that done next week? Does that mean I’m supposed to get that done next week? Or all 12 of us will get that done next week? And what does next week mean? Close the business Wednesday or close the business Friday?” And there was a very uncomfortable silence. And then people started laughing, and then people went on with the meeting. And I said “Whoa, whoa, whoa, that was not a joke!”

So the biggest challenge that I had was to recognize that the polarity was flipped. What we had to do here was to be very execution oriented and we focused a lot on how we executed. And what government in general tends to not be so good at is measuring output and feeding it back to the process. Well, in Silicon Valley, the thing that works — is the output is, like, king. The output is what is used to drive the whole process. But the how — the execution side of that how — I felt was under-attended to. So for me the biggest challenge was to figure out how to make those two things coexist. And that’s what we did inside of ATAP. And we had culture clashes all around. When I did morning stand up I announced morning stand up at 8 AM in the morning and the team said “We should have a meeting about that. 8 o’ clock in the morning? What are you talking about?” And I said, “OK, I understand, let’s have a meeting about that.” So we had a meeting about it, and I said “Stand up is at 8 o’ clock on Tuesdays. Now the meeting is over.”

She says it herself. There was a lot of culture clash involved when she joined Google. Googlers didn’t know how to handle being told that a meeting was going to happen at 8 AM, and they wanted a meeting to talk about it. She told them how things were going to be, and she brought structure to a group. Clearly ATAP has accomplished a lot, so perhaps Google could benefit from more rigid and fierce leaders like Dugan. Or maybe she didn’t quite fit in.

I’m not going to try to speculate as to why Dugan decided to up and leave Google — I think that would be unfair to her. According to her, “Building 8 is an opportunity to do what I love most… tech infused with a sense of our humanity.” So let’s just leave it at that. At least to me and many others, Regina was one of Google’s unsung heroes.