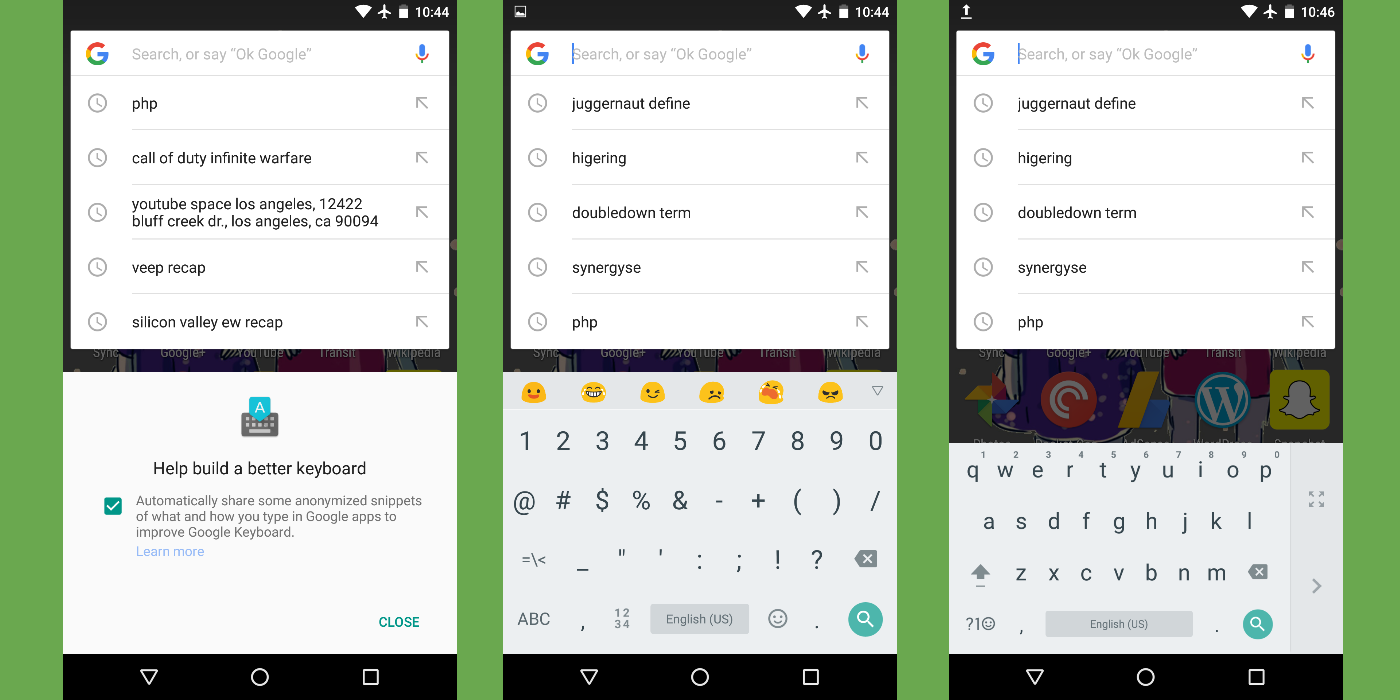 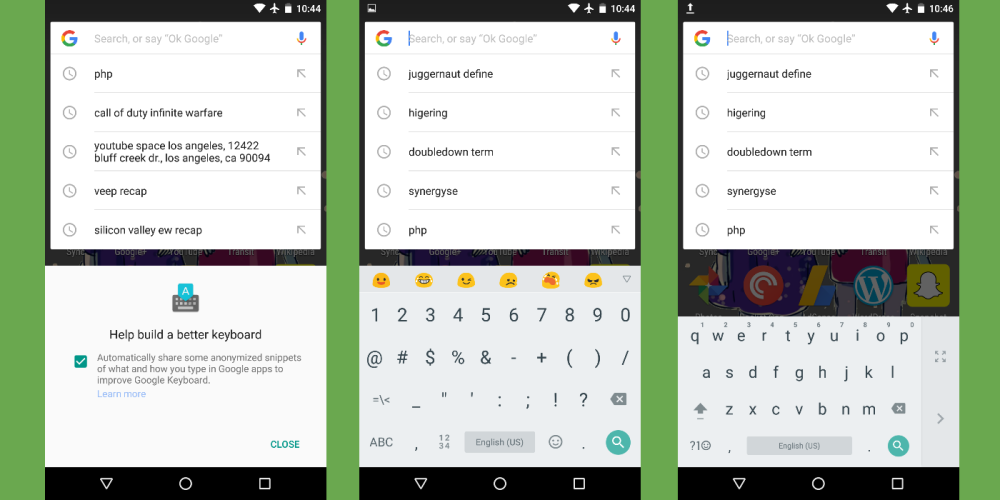 A major update to Google Keyboard is now rolling out, marking the first since June of last year. Version 5.0 features various design tweaks, a ton of customization, and many new features like a one-handed mode and the ability to adjust keyboard height.

Upon updating, the keyboard will ask users if they want to automatically share “anonymized snippets” of what and how they type in Google apps in order to improve Google Keyboard. A new emoji/number button at the bottom left will bring users to the same numbers and symbols keyboard, but there is now a bar on top that suggests emoji.

To the left of the space bar on that screen is a new number key that will take users to a keyboard specifically designed for quickly entering numbers. There’s a T9 style interface surrounded by arithmetic symbols. To the right of the space bar is a key that brings up the emoji interface. The interface remains mostly the same, but users will appreciate the quicker access to emoji.

In settings for the app (Settings > Language & input > Google Keyboard), there are a now a bevy of options to customize the appearance and feel of the keyboard. Under preferences, the Holo White and Holo Blue themes have been phased out and there is new a one-handed mode. Users will be able to choose between left and right, with the ability to quickly go back to the full keyboard.

A new keyboard height option will let users pick how tall the keyboard is. There are five degrees of height: Short, Mid-Short, Normal, Mid-Tall, and Tall. There are also toggles for auto-capitalization and double-spaced period under Text correction.

The APK is rolling out now via the Play Store.