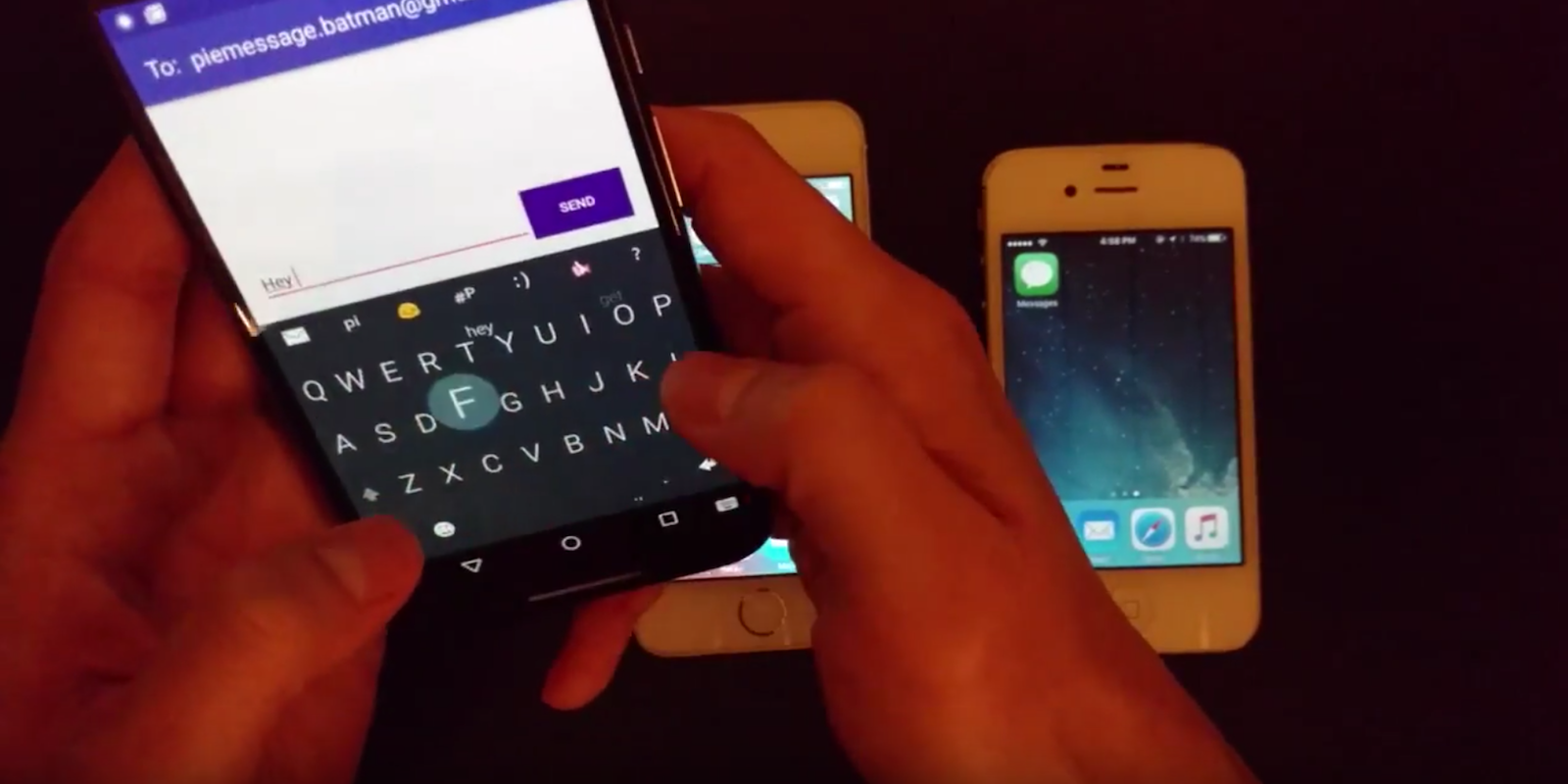 In the video below, we get a short look at the PieMessage app in action with a still unreleased prototype version of the app.

The video was sent in by Eric Chee, the app developer that built PieMessage and today released the code on GitHub.

It’s not the first app to enable the feature as similar but short-lived solutions have been previously available for Android devices. Like the previous solutions, it needs a server to enable iMessage support on Android devices. The difference is PieMessage uses Mac and OS X as a server currently. In the past, apps that have been released used a third-party server to route messages, raising security concerns among users and likely for Apple as well. But this approach could in theory allow users to use their own Macs:

Basically what the Android client does is send the text to a macbook. And uses the Mac’s “Messages” app to send off the notification. When the Mac detects an incoming message, it will pass it back to the Android. So yes there is both software you need to run on a Mac and Android. I have an old 2007 macbook that is just always on connected at home that serves as its client…

In the GitHub project is an OS X client and an Android client as well as “messages.applescript” and Java Web Server. Chee explains the “messages.applescript is arguably the most important part of the project. It is what makes sending iMessages possible. This script is what sends an iMessage message.” And since the project uses a custom API, it’s possible other developers could build clients for the web, Windows or other platforms in addition to Android.

The developer told us PieMessage is still a work in progress. It “can receive group messages, but sending has its limitations,” Chee notes. And he points out that it’s possible Apple could patch future OS versions that could break the app.

But now that the code is on GitHub, it’s also possible for developers to build apps that will allow Android users (and other platforms) to access iMessage using their own Macs as a server.