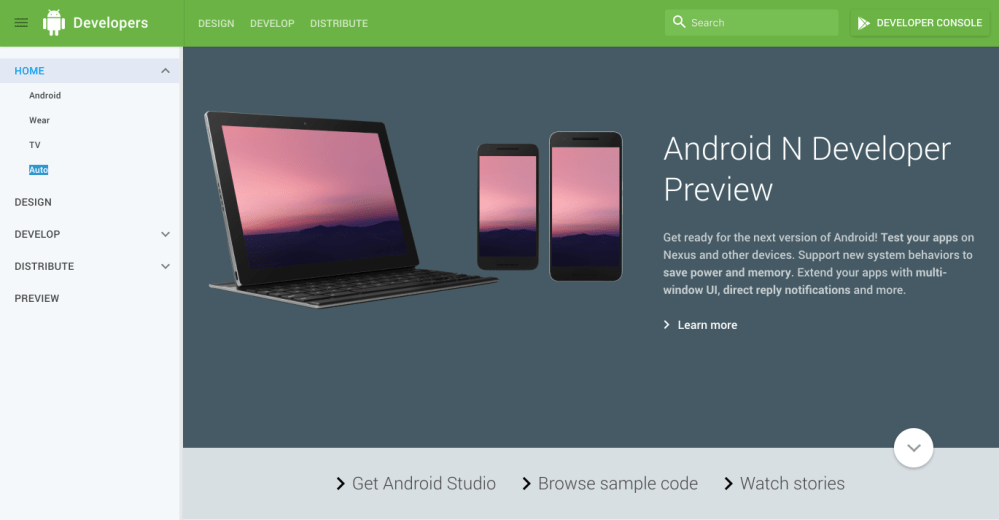 Google’s annual developers’ conference is set to kick off in just a couple days, so it seems appropriate that Google has today updated its Developers site with some refreshed navigation…

As far as we can tell the site is still hosting the same content (of course the site still hosts API guides, tools, Android N developer preview documentation, and more), but you can now navigate around with a new hamburger menu accessible in the top-left of the page. Previously, the site had just the Design, Develop, and Distribute buttons along the top with the options now in the hamburger menu located at the bottom of each page.

Google I/O 2016 is set to kick off on Wednesday, and we’re expecting to see Android VR, Project Tango, some more information about Android, a possible convergence of Android and Chrome OS, Android Wear, and more. It goes without saying that there’s going to be a lot of new stuff that Android developers are going to want to access this week. Now, they can do so via a site that now sports a hamburger menu.