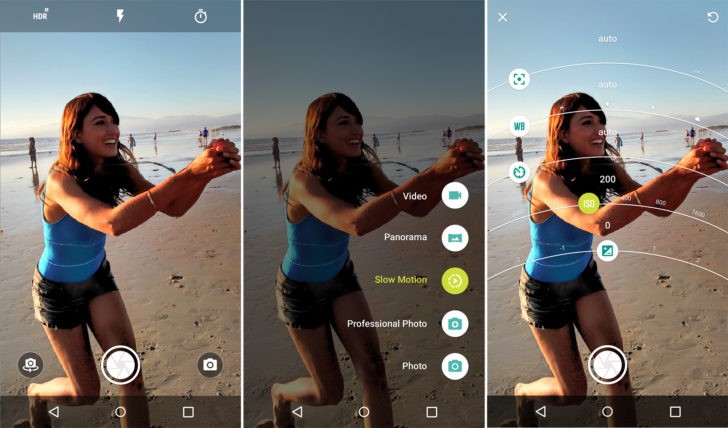 Motorola’s phones haven’t always had the best camera sensors, but on top of that their default camera app has long been just downright horrible. With the company’s new 2016 devices, including the already announced and released Moto G4 family, they’ve finally given us a brand new camera app and it’s just hit Google Play…

This new camera app includes improved navigation including a shutter button (finally!), as well as full manual controls. These controls look quite a bit like those found on the Windows Phone camera app or the default Nexus camera app and provide similar functionality from the looks of it. It also features integration with Google Photos and gives us actual tap to focus rather than tap to capture. You’ll also have built-in QR code recognition.

Current Motorola devices won’t be able to use this app, but this is likely what we’ll have at launch with the upcoming Moto Z (Moto X 2016), Moto G4 family, and anything else the company releases. We should hear more about those soon — our own Stephen Hall will be on the ground at Lenovo Tech World 2016 to (hopefully) see them in person.

The new Moto Camera app is optimized for 2016 Moto devices and integrated with Google Photos.

Never miss a moment with Quick Capture: Launch the camera with a simple twist of your wrist, then twist again to switch cameras.

Get the perfect moment with Best Shot: it captures multiple shots before and after you tap, recognizing issues like blurred subjects or blinking eyes. It then recommends the best picture to keep. Look for the Best Shot icon in your Google Photos gallery.

Rich features give you even more control:

o Common controls like flash, HDR and timer are at your fingertips.

o Comprehensive settings give you control of photo and video sizes, change to tap anywhere to capture, and much more.

You can grab the new app on Google Play.