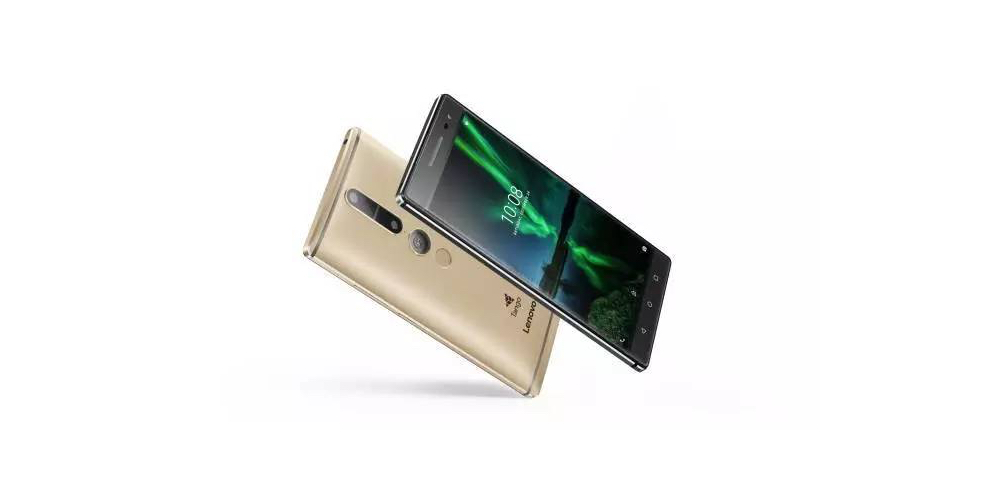 Lenovo is just a few days away from officially announcing its first Project Tango smartphone, made in collaboration with Google. Earlier this week we heard that this device would be called the Lenovo PHAB2 Pro and that it would come with a massive 6.4-inch display, but today we’ve got two new images of the device (via @Onleaks) showing us the design in full for the first time…

Back at CES we were given what now seem to be concepts for the design, but this new design appears to be the final choice for the phone. As you can see it features an aluminum build (this leak happens to be gold), 3 separate cameras, and plenty of extra space for all of the sensors needed to make Project Tango work.

There’s also a fingerprint sensor located almost directly in the center of the device (likely due to its large size), as well as the Project Tango and Lenovo branding below it. The front of the device also uses capacitive buttons instead of on-screen ones, an interesting choice considering Lenovo’s partnership with Google on the phone.

This is supposed to be #Lenovo's #ProjectTango smartphone (previously leaked as the Moto Z) https://t.co/EZzY9OQMKN pic.twitter.com/lnES0kpRtK

Along with this device, we’re also expecting to see the announcement of the new Moto Z as well as details on a US launch for the Moto G4 family. It’s possible we could also see a new Moto E successor as that just passed through Bluetooth certification recently. Everything will be made clear on these new phones later this week at Lenovo Tech World where our own Stephen Hall will be on the ground to bring you all the latest on this and much more. Stay tuned!