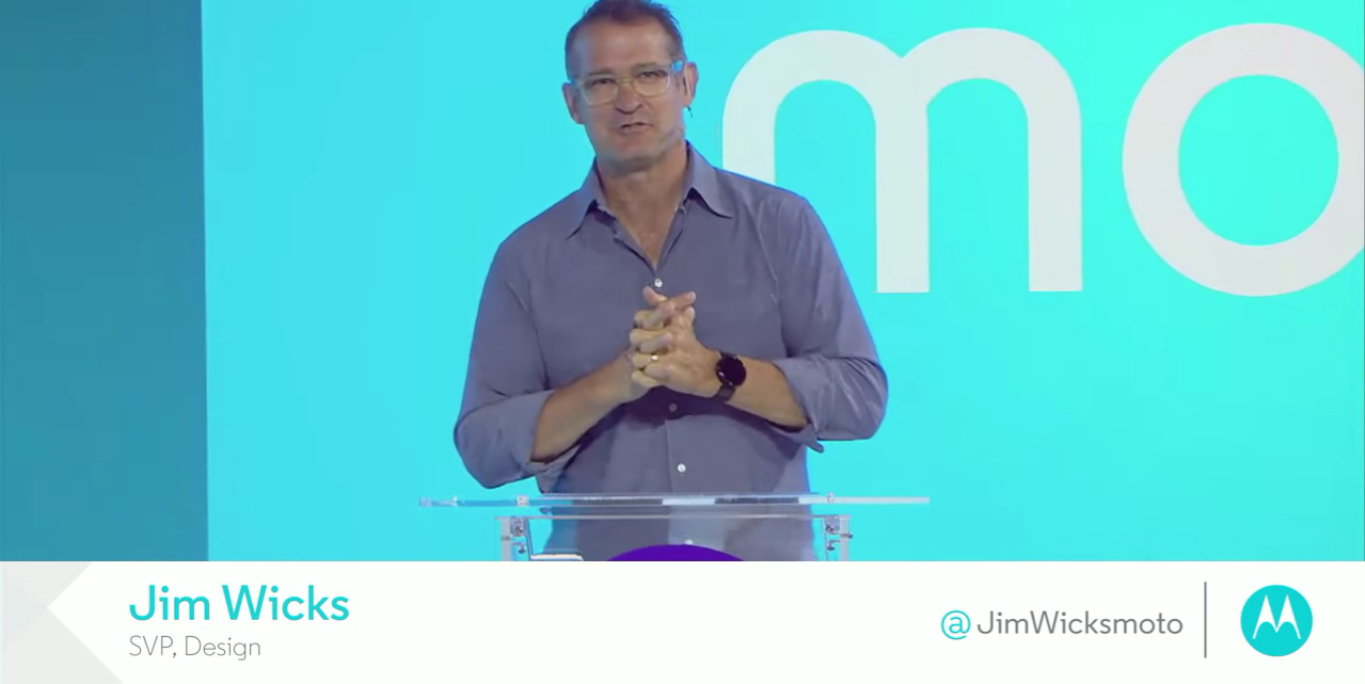 While it’s unknown if Wicks was responsible for the design of the Moto Z, it is vastly different from previous Moto devices and more akin to Lenovo’s own hardware. His replacement, Ruben Castano, previously led Lenovo’s Mobile Business Group Design Studio and is a Motorola veteran since 2005.

Before coming to Motorola in 2001, Wicks worked as a designer for Sony and Sapient. He worked on such iconic products as the original Razr and the Android-powered Droid lineup. Motorola’s senior leadership remained mostly the same through the Google acquisition in 2011 and Lenovo purchase in 2014. Now, the only remaining member is engineering head Iqbal Arshad.

Motorola president Rick Osterloh left earlier this year when Lenovo announced a restructuring of its mobile group. The move came after Lenovo announced earlier this year that it was phasing out the Motorola brand name to just Moto. The “batwing” logo stills remains and Motorola Mobility is still the official name of the mobile group responsible for Lenovo’s presence in mature markets.

Wicks will specifically be joining Northwestern University’s McCormick School of Engineering in July.