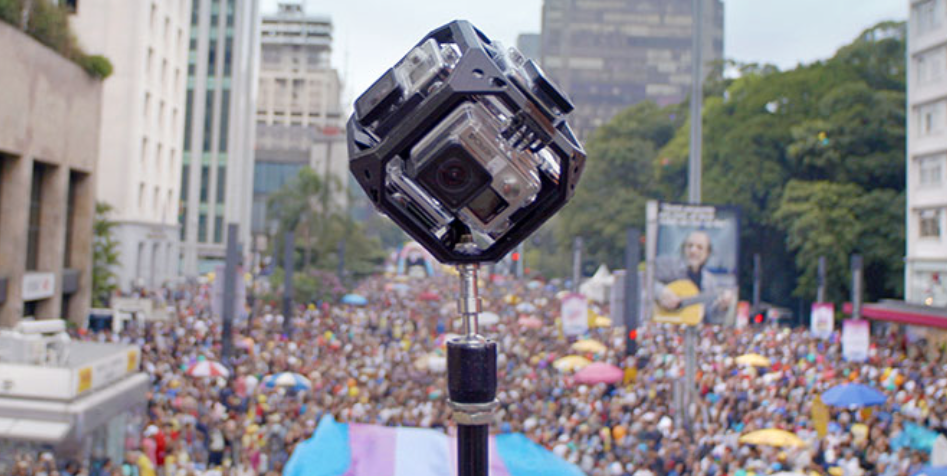 In a post on the official Google blog this evening, Google has announced a new Pride for Everyone initiative to encourage everyone to “be who you are and love who you love.” As part of the initiative, Google has released a new 360 degree video that contains footage from Googlers in 25 countries marching in local Pride parades.

Google points to the mass shooting in Orlando earlier this month as an example of horrific violence directed towards people who are “peacefully and lovingly” pursuing happiness. Google says that its goal has always been to make information universally accessible, hoping to educate people and encourage them to be tolerant, inclusive, and respectful.

Everyone has the fundamental right to express who they are, yet all too often we bear witness to hatred and violence directed at people who peacefully and lovingly pursue happiness. The mass shooting in Orlando, Florida, earlier this month is a horrifying example.

Google’s mission has always been to make information universally accessible. And within that mission lies the belief that the more knowledge we have, the more tolerant, inclusive and respectful the world ultimately will be.

Google is also taking this opportunity to fight legislation that hinders the rights of dehumanizes transgender people, while also noting that only 52 percent of the LGBTQ population has ever participated in a parade.

Google’s uplifting Pride for Everyone video is available via YouTube 360 and Google Cardboard. You can read the full blog post from Arjan Dijk, VP Growth Marketing and Executive Sponsor of Gayglers, on the official Google blog.