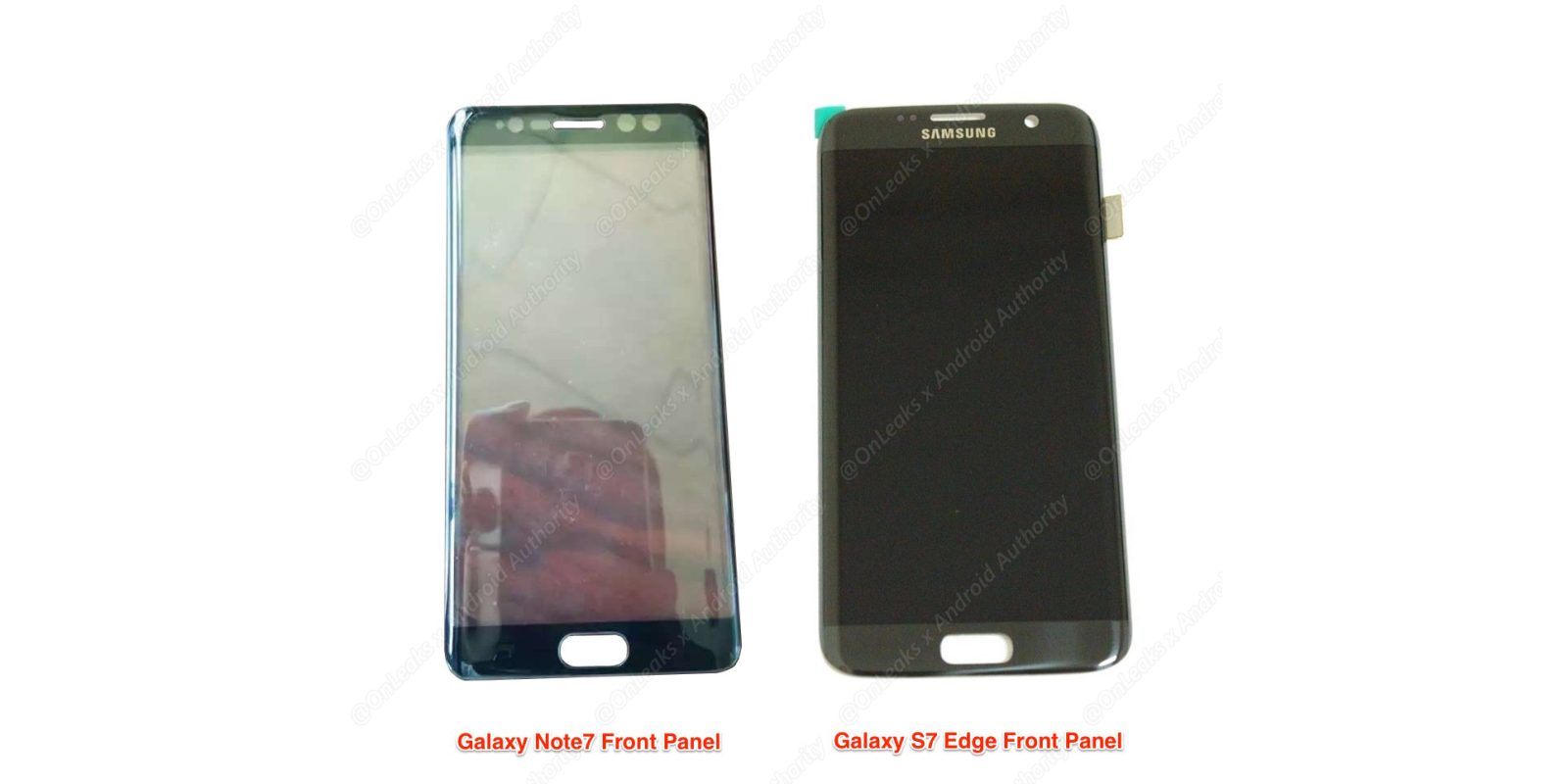 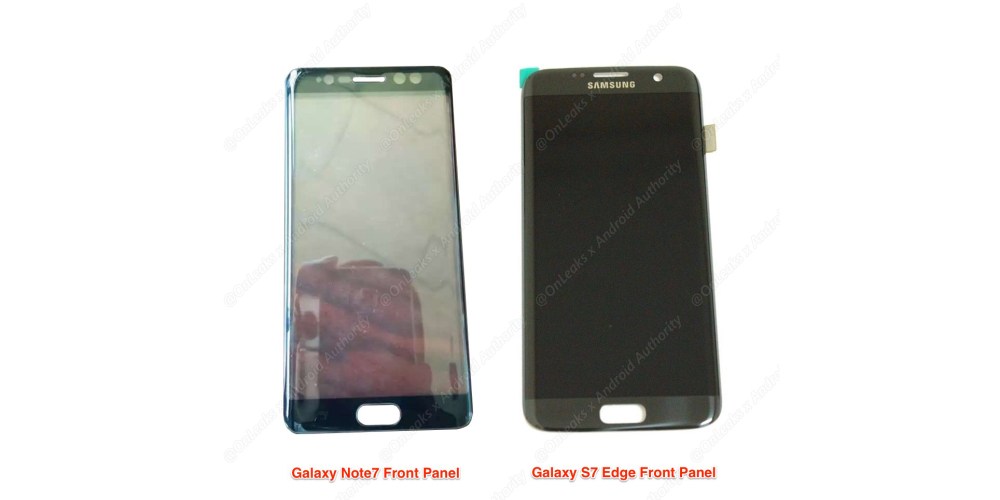 There does not seem to be anything capable of stopping the succession of leaks surrounding the ever-closer announcement of the sequel to last year’s Galaxy Note 5, America’s most loved smartphone. There were so many that conflicting reports initially that it made things confusing, but now we are beginning to get more and more “confirmations”.

One of them comes once again courtesy of @OnLeaks (via AndroidAuth), and it’s all about that iris scanner again…

The panel pictured above is, allegedly, the front of the forthcoming Galaxy Note 7, and its shape is telling us a few things. There have been numerous rumors that wanted the Note 7 (you read that well, by the way; there is no Galaxy Note 6 in sight) to sport a curved panel, much like its smaller sibling, the S7 edge (whose panel is photographed next to the Note 7’s). But while it’s still unclear whether this is indeed a Note 7 edge (to come with a standard, flat model) or simply the one-shape, regular Note 7, Samsung‘s phablet line is in for some curves.

Its front, in fact, looks remarkably similar to the S7 edge’s — with two curved edges, unlike the somewhat lukewarm first attempt with the original Note Edge — but big enough to incorporate the 5.7″, QHD AMOLED display within its frame. But that’s only part of the story, as the report mentions that the sensors embedded in the top part are not just a proximity sensor and the hole for the front facing camera, but also the much rumored — and, again, “confirmed” — iris scanner’s.

There are, in fact, two spaces for additional lenses that are not there in the S7’s cutouts, and are the ones allegedly needed for the iris scanning technology to function, as per a recent Samsung patent. This could also be a reason for brand-haters to rejoice, as the crowded front will likely make it impossible for Samsung to implement its logo on top of everything.

While Hemmerstoffer (@OnLeaks) does have a long streak of confirmed leaks, we will need to take this with the proverbial grain of salt until Samsung officially unveils the device, and tells us why we would want or need an iris scanner on our phone in the first place, other than, presumably, unlocking the device securely — but don’t we have a fingerprint reader for that already?

In any case, worry not, as a little over a month is likely all we will have to wait.