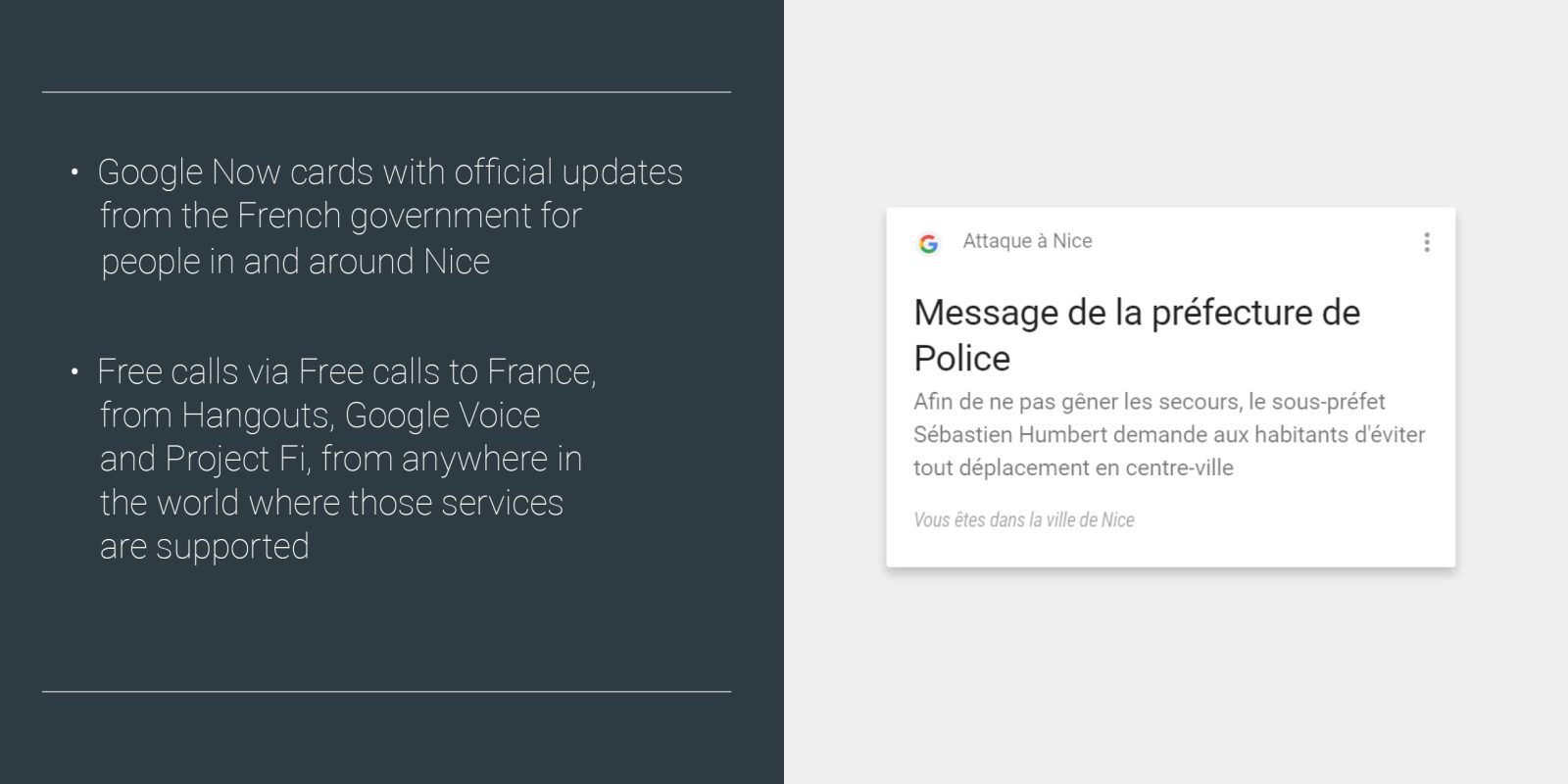 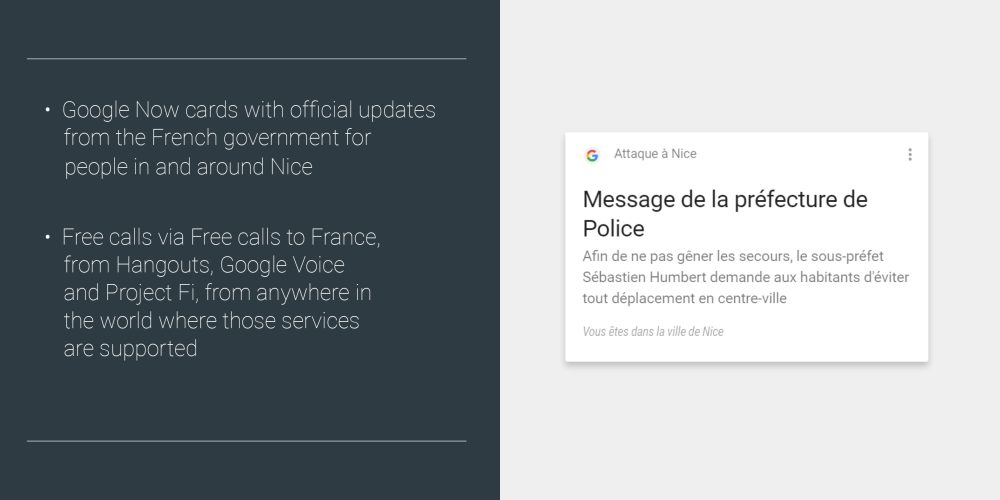 After a tragic attack in Nice, France, Google has announced tonight that it will be offering free voice calls to the country. These free calls will be available through Google Hangouts (Google Voice) as well as Project Fi. For those in the area, Google will also be pushing Google Now cards with critical updates on the situation.

If you’re unaware of what’s happened in France, here’s a quote from CNN,

Scores of people were killed Thursday night when a large truck plowed through a Bastille Day crowd in Nice, France, in what President Francois Hollande called a terror attack. The death toll grew through the night, with Hollande saying 77 people died.

Hangouts is available to download now on both Android (Hangouts Dialer app required) and iOS through Google Play and the App Store.