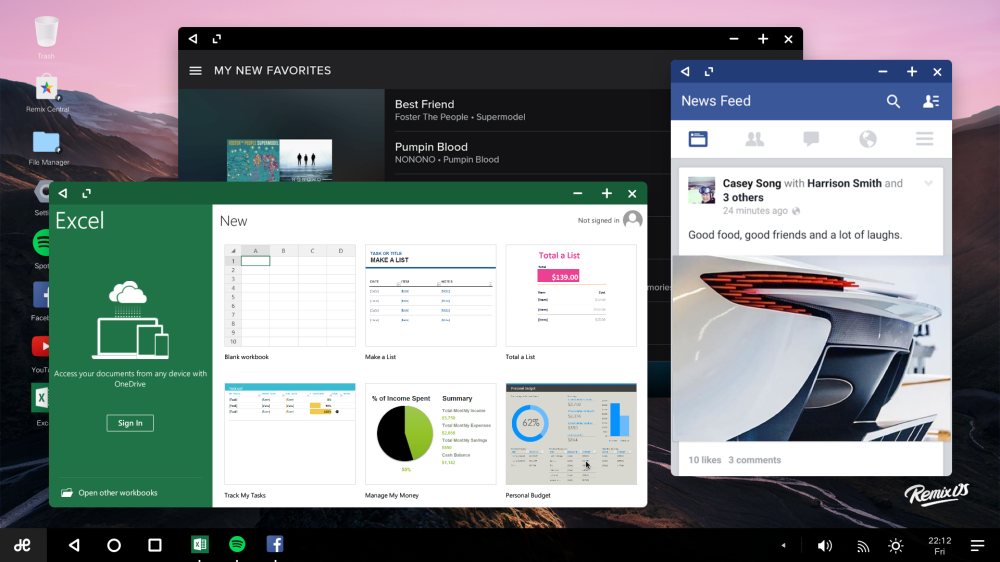 Based on Android Marshmallow, Remix OS 3.0 is now available for download. The next major version of what is essentially desktop Android was announced back in June with the Surface-like Remix Pro tablet. Features include significant updates to multiple window, increased GPU support, and the requisite stability and bug fixes.

The marquee multiple window support gets significant user experience improvements as part of Remix OS 3.0. In the top bar, there is a new button to automatically resize a window to fit an app’s content and ensure optimal layout. Window resizing can now also be done manually from any window edge. Previously, it was restricted to just the bottom right corner.

Remix OS 2.0 was announced before Google revealed the major tablet features coming as part of Nougat or before Android apps on Chrome OS. Throughout the year, Jide has announced a number of devices running Remix OS from multiple partners. For the most part, availability is restricted to China and other Asian markets. While Remix provides a more cohesive experience for productivity, Google has the advantage in terms of consumer availability.

Other user tweaks in Remix OS 3.0 include having video apps automatically expand to full-screen mode when a video window is maximized. Under the hood, there is support for more NVIDIA and AMD GPUs allowing more laptops and PCs to install and run Remix OS. There are also stability and other bug fixes. Remix OS 3.0 can be downloaded now from Jide’s site.